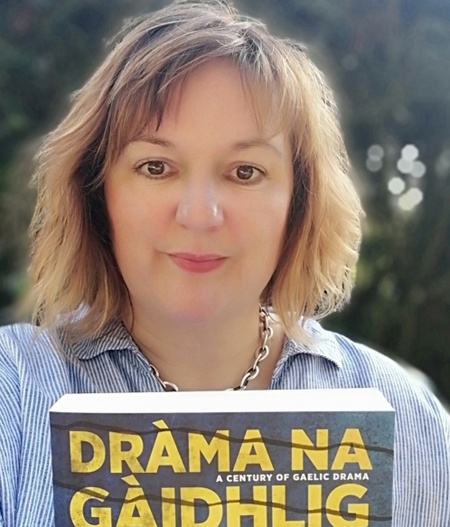 As Scotland celebrates Languages Week for 2022, two university of Aberdeen academics have been appointed to key language leadership roles.

Professors Michelle Macleod and Ed Welch from the School of Language, Literature, Music and Visual Culture (LLMVC) will take up new posts informing the future direction of research and teaching in Modern Languages.

Professor Macleod, Chair in Gaelic Studies, has been selected as one of three AHRC Future of Language research fellows.

Her work will help the AHRC decide which areas of language research to support and will identify potential threats, risks, emerging issues and opportunities.

Professor Macleod has also been appointed to the British Academy/University Council of Modern Languages (UCML) Strategic Committee for Languages in Higher Education.

The Committee will track trends in the provision of languages in the UK and will propose solutions to enable greater modern languages uptake at university.

It also aims to bring greater attention to the central role languages play in the understanding of peoples, societies and cultures globally and to tackle the scaling down of languages in the UK.

Professor Welch, Carnegie Chair in French, became Chair of UCML Scotland in July 2021 and has been appointed by the QAA (The Quality Assurance Agency for Higher Education) to be Deputy Chair of the Advisory Group reviewing the Subject Benchmark Statement for Languages, Cultures and Societies.

Subject Benchmark Statements describe the nature of study and the academic standards expected of graduates in specific subject areas. They show what graduates might reasonably be expected to know, do and understand at the end of their studies.

The advisory group plays an instrumental role in reviewing the benchmark statements to ensure they provide appropriate guidance for the design, delivery and review of academic courses.

“It is vital that we have national strategies which support the development of language learning from our schools to our universities and I am delighted to be taking up two positions which will enable me to play a role in driving and supporting future language learning and research.”

Professor Welch added: “I am excited to be working with colleagues in Modern Languages from across the UK as we reflect on the aims, value and purpose of languages degrees. At a time when intercultural communication and understanding are more important than ever, the new benchmark statement will provide a refreshed set of principles and expectations that will be valuable for students and educators alike.”

Languages Week Scotland 2022 will run from January 31 to February 4, 2022. The theme for this year is "The 'Rights' Approach - incorporating learners' rights within Scotland's languages landscape". The School of Language, Literature, Music and Visual Culture will be joining in the Languages Week initiative by tweeting about some of its activities on @UoA_LLMVC.