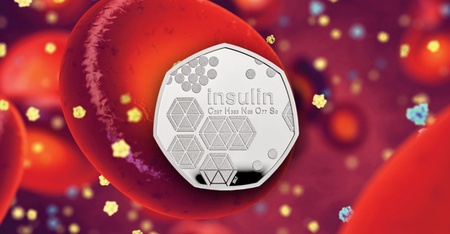 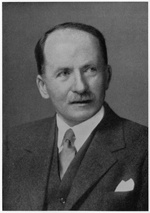 The Royal Mint’s Divisional Director of Commemorative Coin Clare Maclennan said: “The collectable 100 Years of Insulin 50p, designed by artist Iris De La Torre, is a beautiful piece of art which celebrates the importance of the ground-breaking discovery of insulin on an official UK coin. A landmark medical breakthrough of the twentieth century, it has transformed the lives of people with diabetes for 100 years and is a fitting addition to our Innovation in Science collectable series, marking the greatest scientific innovations and the remarkable people behind them.”

Designer of the 100 Years of Insulin 50p, artist Iris De La Torre, said: “Coins are round pieces of art and maintainers of history and tradition and so to see my design on an official UK coin that celebrates and raises awareness of such an important discovery is a dream come true.”

Speaking of the design, she added: “I came up with a design inspired by images of an accurate segmentation of single-isolated human insulin crystals for in-situ microscopy that I found in a medical document online. The image shows segments of human insulin crystals in the form of hexagons. It is a beautiful image and inspired a pattern repeat which worked well on the 50p coin.”