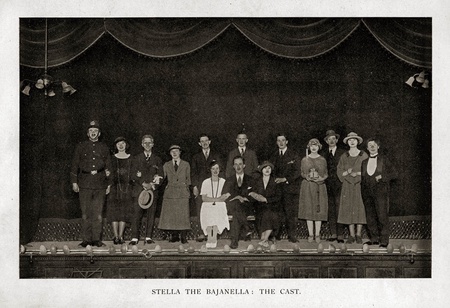 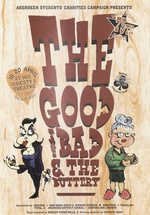 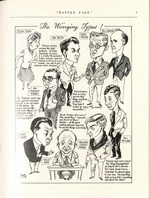 A new online exhibition will celebrate 100 years of the Aberdeen Student Show, which has supported scores of local charities and provided a launchpad for the careers of some of Scotland's best loved stars.

The longest running student stage show production of its kind in the UK, it began in 1921 at the University of Aberdeen and in more recent years has also involved students from North East College and Robert Gordon University.

On April 29, the University of Aberdeen’s Museums and Special Collections will launch an exhibition to mark the centenary. It has been curated jointly by collections staff and current and former Student Show members and will be accompanied by a programme of events running throughout the year.

Originally conceived as a fundraising exercise for RAG week, the first Show took place in the Debater in Marischal College, taking the form of a mock trial – a common form of entertainment at the time.

This led to the first proper scripted musical comedy – 1922’s Stella the Bajanella – written by student Eric Linklater, who was to become a celebrated Carnegie-medal-winning author.  In 1945 he returned to the University as Rector and provided the script for 1946’s To Meet the MacGregors.

A Student Show has taken place every year since apart from 2020 when the Covid pandemic struck. The planned performance of Freezin will now take place in 2021.

Sharing the memories of past and current cast members of Show, the online exhibition will delve into the University's archives, showcasing posters, souvenir programmes, cast photographs and footage of past shows. It's got something for aabody, including a routh o’ Doric which has played such a prominent role in the shows, not least in their humorous titles.

From writers and directors to singers and dancers – the Show has always been filled with creative stars, many of whom have gone on to fame and fortune on the stage and screen, such as Eric Linklater, Buff Hardie, Laura Main and many more.

Supporting those in the limelight, there have also been a great many talented people behind the scenes, including costume designers, set builders and administrators, helping to make the show possible. The exhibition will tell lots of their stories.

While the format may have moved between single story musical comedy and sketch-based revue, what hasn’t changed is the intensity of the ‘student show bubble’ experienced by cast and crew.

“It’s a bonding experience,” says Becky Hossick, one of the stars of 2019’s The Glaikit Showman.

“You get to know everyone really closely.  I've never been part of something where you genuinely just love everyone, even if you don't have a lot of things in common.”

The bonds forged during Show have endured for lifetimes, most famously among the members of renowned entertainment outfit Scotland the What? who first met and worked together in the 1950s.

It's always an amazing writing team, it's hysterical, it's local humour, it's celebrating and having a little bit of fun about our city." Laura Main

It was after the four wrote, composed and directed the 1968 Show Running Riot that they decided to stage their own act at the Edinburgh Festival starring Buff Hardie, Steve Robertson and George Donald, with James Logan directing.

This marked the start of a decades-long comedy partnership that saw the members awarded the Freedom of the City of Aberdeen in 2007. Buff Hardie, the last surviving member of the trio, sadly passed away in December.

Laura Main, famed for her role in the BBC drama Call The Midwife, recalls her experiences of starring in performances such as The Good, The Bad and the Buttery and From Rubislaw With Love with affection.

“The student show is just so well put together,” she said.  “It’s always an amazing writing team, it’s hysterical, it’s local humour, it’s celebrating and having a little bit of fun about our city.”

Many romances have also blossomed from Show.  “I always used to joke that the student show was the biggest matrimonial agency in town,” said Sheila Sinclair, a member of the dancing chorus in Buff Hardie’s first Show, 1951’s Spring in Your Step.

“Many a person met their 'fate' in the student show, and I met mine,” she added –referring to her late husband, George Sinclair, who worked on Show for many decades as Stage Manager.

Sheila worked as Wardrobe Mistress in 1955, and the couple’s daughters Julie and Susan featured in Show in the 1980s. “It's been a large part of our lives, and a happy part.”

Centenary celebrations will begin with a Collections Conversation’ on Teams at 10am on April 29 discussing the University’s archive of student show memorabilia and how it will be used it in the online exhibition. Email uoacollections@abdn.ac.uk for the link to join.

Visit the online exhibition from April 29 at www.abdn.ac.uk/studentshow100