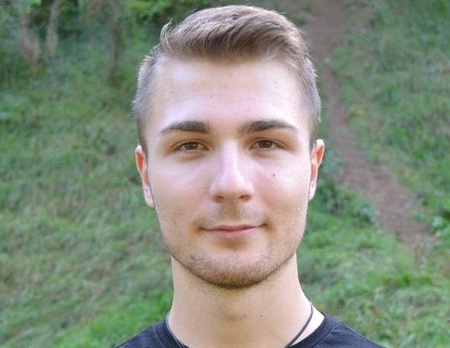 A Slovak student has praised staff at the University of Aberdeen for helping him return home with eight fellow students aboard an emergency flight.

Jakub Orlicek was repatriated to Slovakia earlier this month, several weeks after the country’s government closed its borders at the outset of the coronavirus crisis.

Fearing he’d be unable to return home, Jakub made contact with the Slovakian government on April 1 appealing for help. He was told that a flight had been arranged to depart from Aberdeen the next day, and he was asked to collect as many Slovak students as possible.

At such short notice, the third-year archaeology student feared he’d be unable to get the message out in time.

“As soon as I was told the flight was arranged I contacted the AUSA Slovak and Czech Society to ask for help in getting students on board.  I also contacted the archaeology department for help and they sent a message out asking for any Slovak students to respond.

I never expected such enormous help, and I'm incredibly proud and grateful to them. In the end we are all one big family here at the University of Aberdeen" Jakub Orlicek

“Because this happened on April 1 it was a bit more difficult to convince people it wasn’t a joke!  But thanks to the help of everyone at the University nine of us were able to catch the flight the next day.

“Now most of us are at home with our families, although we are still under quarantine because we’ve recently returned from abroad.”

Praising all those who helped, Jakub said that staff had gone “above and beyond” in recent weeks to help students stuck in Aberdeen.

“They fully committed themselves to helping us, providing shopping essentials and checking in on us every day.

“I never expected such enormous help, and I’m incredibly proud and grateful to them. In the end we are all one big family here at the University of Aberdeen!”