The Nazi whistle blower ignored by the Allies
17 January 2020 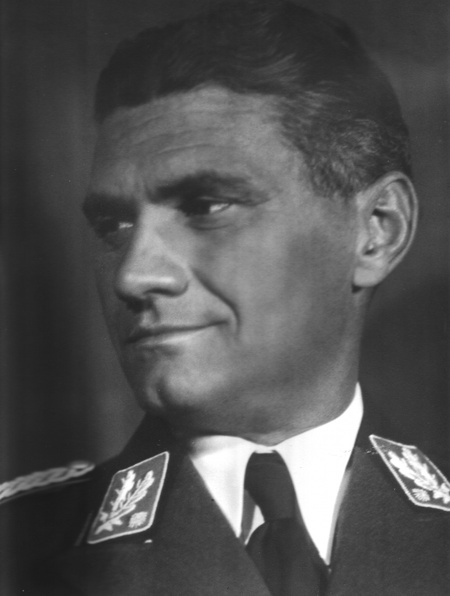 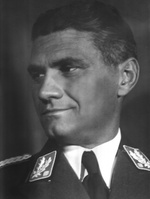 On the 50th anniversary of the death of Hitler's former personal adjutant, a leading historian has called for his place in the history books to be reconsidered after uncovering a wealth of evidence which reveals his efforts to blow the whistle on the Nazis and to pass key information to the Allies.

Professor Thomas Weber, from the University of Aberdeen, has found papers which show the extent of efforts by Fritz Wiedemann - a near-paternal figure for Hitler in World War One who backed his nomination for the Iron Cross – to inform both Britain and America of opportunities for his removal at the beginning of the war. “His case,” says Weber, “is a cautionary tale as to what happens when the democracies of the world let down people from around the world who turn to them”.

Wiedemann died on January 17, 1970, as a farmer having faced charges as a Nazi after the war which were subsequently dropped.

But Professor Weber argues that his place in the history books should be very different. He says that it is important for Wiedemann’s efforts to persuade the Allies of the need for Hitler’s removal - and that opportunities to achieve this were repeatedly shot down - to be more widely known.

Wiedemann was the Fűhrer’s personal adjutant from 1934 to 1939 accompanying him on state visits, facilitating meetings and dealing with Hitler's correspondence. But in 1939 they fell out and Wiedemann was sent as German Consul General to San Francisco. In California, Professor Weber says, Wiedemann immediately set about seeking to engage with both British and American intelligence services but that these efforts were rebuffed.

“Wiedemann had come to realise what Hitler’s true goals were but US authorities were nervous about his arrival, suspecting that a former top aide to Hitler on a third-rate diplomatic posting could only mean that Wiedemann was on a secret mission to set up and run a Japanese-American spying ring out of San Francisco,” he said.

“This view tainted their dealings with Wiedemann who went to quite extraordinary lengths to act against Hitler but was dismissed at every level.”

Professor Weber uncovered details of Wiedemann’s secret mission in intelligence files and in the private papers of a former British intelligence officer, of the family of an American journalist, and of Wiedemann’s descendants. They reveal how Wiedemann unsuccessfully tried to persuade first the British and then the Americans to facilitate Hitler's removal from power in 1940. Weber has also demonstrated that Wiedemann played a role in helping Jews to escape from the Nazi regime.

The notes in the files Dr Weber uncovered say Wiedemann was convinced that Hitler ‘has a split personality. He is always kind to children and dogs, but can be the most cruel man in the world’ and he ‘believes himself to be a superior Napoleon and is convinced that he can conquer the world’.

He told British intelligence that the true level of popular support for Hitler was much lower than generally believed because the authors of internal reports would regularly and deliberately inflate the level of support amongst Germans for Hitler in an attempt to write only what Hitler wanted to hear.

Following Hitler’s first major defeat in the Battle of Britain, Wiedemann stated he was ‘like a sleepwalker who bumped into a wall and woke up and did not know what to do next’.  Wiedemann therefore advised the intelligence officer that ‘now was the time to strike back at Germany hard’.

Hitler, according to Wiedemann, was even more ignorant about America, believing that ‘the United States will come into the war but does not believe it will make any difference’, as Hitler viewed the United States ‘as a country of gangsters, without any military importance whatever’ and as a country on the ‘verge of social revolution’.

Wiedemann repeatedly urged the British and Americans to take swift action against Hitler, as it would make ‘all the difference if Hitler was done away with’.

The intelligence files also mention a number of Wiedemann's associates in Germany who also were prepared to act against Hitler in 1940 including Hjalmar Schacht, Hitler’s former economics minister. He also urged the British that Hitler should be replaced by a government led by the former German Crown Prince.

Professor Weber added: “Wiedemann offered his services to the Americans and the British, and he offered to give a tell-all interview to the media but his offers to unmask and bring down Hitler were shot down every single time, by the White House, State Department, and by British authorities.

“As a result, Hitler did not only continue to be Germany’s leader until 1945, furthermore, to the present day, people are more likely inadvertently to believe the stories Hitler invented about himself than those of his failed whistleblower.

“Wiedemann and many others did claim after 1945 that they had been prepared to act early on in the war, and not only once Hitler’s war effort turned sour, but their post-war claims have been dismissed as apologetic attempts to save their skins.

“On the anniversary of Wiedemann’s death, it is important that we reappraise his role and the place he deserves in our history books. Wiedemann helped to facilitate Hitler’s tyrannical rule for half a decade. However, he eventually concluded that Hitler’s actions were out of sync with his moral compass and turned decisively against Germany’s dictator. He is thus a role model for inspiring regime loyalists in tyrannical states around the world to listen to their conscience and to trigger regime change.

“The message to the world of the actions of Wiedemann is that it is never too late to do the right thing. The world can learn from them how to be an upstander and not a bystander in the face of injustice. Yet equally, the lesson is that their turning against tyranny might well be of no consequence unless the democracies of the world support them.”