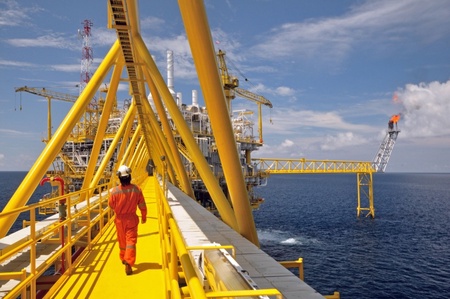 Its application in medicine is well known, but now scientists at the University of Aberdeen are aiming to use ultrasound technology to solve a multi-million pound problem facing the oil and gas industry.

Dr Hossein Hamidi from the University’s School of Engineering has won joint funding to develop technology that will tackle scale formation in downhole production tubing, which hampers fluid flow.

The Oil and Gas Authority estimates that around 180 wells in the North Sea have issues with scale formation, which cost the industry approximately £106 million in 2017 alone.

Dr Hamidi’s project will use ultrasound to monitor and remove scale through wave-emitting transducers placed on the tubing that will ‘knock’ scale from inside.  The project will explore how to achieve the best results based on quantity, power, frequency, placement, and other factors.

“There are a variety of conventional methods to prevent and remove scales such as chemical, mechanical or hydraulic,” Dr Hamidi explained.

“These techniques generally need a wide range of surface production, can cause corrosion and degradation of the pipe, may be expensive to use and may have potential environmental harm.

The proposed ultrasound-based technology is an environmentally friendly, low energy consumption and low operating cost technique that can contribute to the improvement of well productivity and reduction of costs " Dr Hossein Hamidi

“The proposed ultrasound-based technology is an environmentally friendly, low energy consumption and low operating cost technique that can contribute to the improvement of well productivity and reduction of operation costs by removing the scales.

“What we hope to achieve in this project is to validate the technology in the laboratory through a series of experiments, before testing the performance of the technology under simulated reservoir temperatures and pressures.”

The project is co-funded by the Oil & Gas Technology Centre through its ‘Calls for Ideas’ initiative, which specifically sought ideas for transforming well construction. Throughout the year, the programme seeks innovative ideas and concepts to tackle specific industry challenges identified by members and broader industry.

Sarah Kirkwood, Project Engineer at the OGTC, commented: “Scale is a notorious challenge in the oilfield, and whilst it has been widely studied, extending ultrasound technology to include scale prevention throughout the production period was an interesting innovation that inspired our review team.

“This concept not only has the potential to make an economic impact, it is an interesting proposition in terms of safeguarding the environment.”