A change in approach to tackling Alzheimer's
21 September 2018 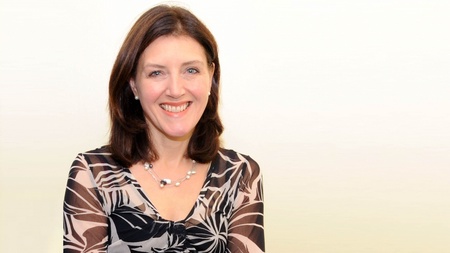 OPINION :: On World Alzheimer's Day, Professor Alison Murray speaks about a change in direction for Alzheimer's research and Aberdeen's role in tackling the disease.

It's an occupational hazard of mine that when I meet new people, whilst I am genuinely interested in what they are saying, a small part of my thoughts stray into wondering what their brain looks like!

Thankfully, it’s not as gruesome as it sounds. As the director of the University of Aberdeen’s Biomedical Imaging Centre, my job is to scan brains using techniques like MRI to better understand how the brain works and crucially, what factors contribute to the onset of conditions such as Alzheimer’s disease.

In August I attended the European Prevention of Alzheimer’s Disease (EPAD) Consortium in Aberdeen along with hundreds of other similarly brain-obsessed individuals, as all Scottish scientists involved in the major £58million Europe-wide research project to tackle the disease come together.

But what do we mean by ‘tackle’? My guess is most people assume scientists like me are trying to cure Alzheimer’s - to create a wonder pill, or pills, which reverse or halt the effects of this cruel disease. And yes, that is certainly where the focus used to be. About 10 years ago, a number of drugs designed to reduce a protein in the brain called amyloid were held up as our best way of tackling Alzheimer’s. However, whilst they showed great promise in laboratory tests, they ultimately failed when tested on human patients. Tests with other compounds continue and may well prove to be effective for some specific sub-groups of patients but the harsh truth is it does not seem likely that there is a miracle cure for Alzheimer’s disease on the horizon.

Does that mean scientists have thrown in the towel? Not a bit of it. In recent years there has been a shift in emphasis from treatment of the disease to prevention. We know that things like being diabetic, having high blood pressure, an unhealthy diet and lack of exercise can make some people more likely to develop Alzheimer’s. There is more awareness that this is a degenerative condition of the brain that we need to try and prevent by getting people to lead healthier lives.

The harsh truth is it does not seem likely that there is a miracle cure for Alzheimer's disease on the horizon." Professor Alison Murray

So lead a healthier life and lessen your chances of getting Alzheimer’s? If it’s that simple, then why do we need a multi-million pound research project? Of course, the problem is, it’s not that simple. Broadly speaking, a healthier lifestyle could toughen your body’s resilience to the disease, but our understanding is superficial. We don’t yet understand what combination of factors have ‘good’ or ‘bad’ outcomes when it comes to Alzheimer’s. We need to understand what combination of elements make people most vulnerable, versus what things make people more resilient.

At the University of Aberdeen’s Biomedical Imaging Centre we are specifically interested in what helps contribute or detract from this cognitive reserve and resilience. We have access to patients that have been scanned earlier in their lives and that means we can compare their readings from then with new scans in order to look for common biomarkers. When these are shared with the other scientists in the EPAD project, we will hopefully have a much better idea about which lifestyle factors affect your chances of developing Alzheimer’s.

Our team will shortly be beginning a project in India, where we will compare brain scans of local residents there with people from Aberdeen whom we’ve studied over the years. By comparing the two groups, we hope to see if the differences in education, multilingualism, nutrition, lifestyle and other health factors in the different countries play a role in how the brain ages.

EPAD has designed a platform that enables pharmaceutical and biotechnology organisations, academic researchers, and funders an efficient, adaptive proof of concept trial designed to deliver early, accurate results, in the most efficient way.

The project aims to recruit 24,000 people across Europe. To be eligible, participants must have been studied earlier in their lives, so we have data we can compare over time. In this regard, Aberdeen is well placed, as we have a number of cohorts we can call upon. We also have a track record in excellence in medical imaging and great strength in our NHS, University and industry partners, with the ability to carry out PET scans to gather even more detailed information.

The fight against Alzheimer’s may have changed focus, but it is being attacked with no less force than before. People in the north-east of Scotland can be proud that the University of Aberdeen is playing a key role, and with the help of our volunteers, together we are getting closer to understanding how to prevent this disease.