Forget about it: Psychologists explore how it feels to be forgotten
17 September 2018 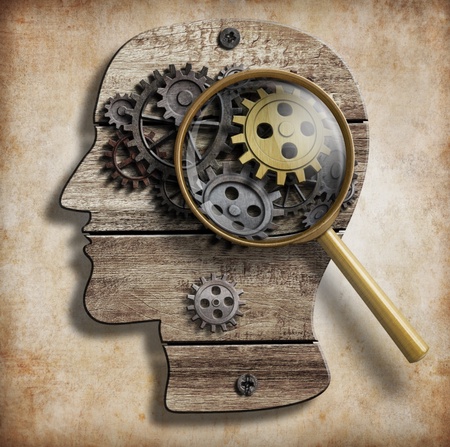 Psychologists at The University of Aberdeen looking into the experience of being forgotten have discovered that memory lapses can damage relationships.

The Economic and Social Research Council-funded research explored how, why and how often people are forgotten in everyday life, and considered the impact that forgetting can have on the relationships of the people involved.

Dr Devin Ray, from the School of Psychology at the University of Aberdeen explained his research: “Scientists have been studying what we remember and forget for decades, but no one has asked why it matters if someone remembers or forgets another person.

“That seems especially surprising as everyone has experiences with forgetting other people or with being forgotten and most people seem to agree the experience matters. Personally, I have a horrible memory for people and constantly worry about forgetting names. So, my team thought it was high time someone took a close look at the experience so that we could tell both scientists and everyone else what this experience looks like for most people and whether it actually matters.”

The main findings of the research include:

One outcome of the research that struck Dr Ray, was the frequency with which people reported being forgotten. He explains: “When we started this research we thought we would observe maybe one or two incidents a week, if that. Among the university students we studied, the experience was more like every other day.”

Dr Ray found that people usually made excuses for forgetting that protected relationships from the most severe negative impact of being forgotten. Participants usually opted to use excuses such as the forgetter was busy or stressed or not good at remembering names. The researchers found that these excuses reduced the negative impact on the relationships of those involved compared to explanations such as “she isn’t invested”.

...despite how common this sort of forgetting is and despite how understanding people tend to be, there is still a measurable negative impact." Dr Devin

The paper states: “Intriguingly, this pattern of explanation occurred even though participants had no motivation to preserve the relationships involved.”

However, despite there being a reduction in the negative impact of being forgotten when such excuses were used, it still caused some damage to these relationships. The person who was forgotten felt less important to and less close to the forgetter.

Dr Ray says that the team now hopes to follow-up on this finding and do more work on conversational strategies that people might use to mitigate the impact of forgetting, including the effectiveness of faking. “Should you try to pretend you remember more than you do? Or should you just admit memory failure and apologise?”

Another surprising outcome of the research was that being forgotten did not have a substantially greater impact on relationships that were close, than it did on the relationships of people who were less-well acquainted or emotionally invested.

Dr Ray adds: “Although we had expected that the link between forgetting and closeness would be exaggerated in closer relationships, we observed no evidence of such moderation in diary data or in third-party observations of forgetting. This finding is surprising in light of the greater importance of closer relationships to human belongingness needs and also runs contrary to the intuition of most researchers with whom we have discussed this work.”

Dr Ray hopes that the research will give people a little more information about their daily lives. “When people find that they have forgotten something they feel like they should have remembered, there is good news and bad news. The good news is that this sort of thing happens all the time, other people understand and will make excuses for you, and the impact of any one event is usually small. The bad news is that, despite how common this sort of forgetting is and despite how understanding people tend to be, there is still a measurable negative impact.”

On Being Forgotten: Memory and Forgetting Serve as Signals of Interpersonal Importance has been published in the Journal of Personality and Social Psychology.

The Economic and Social Research Council (ESRC) is part of UK Research and Innovation, a non-departmental public body funded by a grant-in-aid from the UK government. For more information visit www.ukri.org.

The ESRC is the UK’s largest funder of research on the social and economic questions facing us today. It supports the development and training of the UK’s future social scientists and also funds major studies that provide the infrastructure for research. ESRC-funded research informs policymakers and practitioners and helps make businesses, voluntary bodies and other organisations more effective.