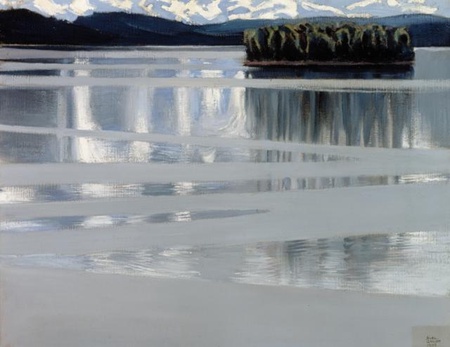 Professor Peter Davidson gave talks on this first ever exhibition dedicated to Symbolist landscape painting at the National Galleries of Scotland.

This was a new collaboration between the National Galleries of Scotland, the Van Gogh Museum, Amsterdam and the Ateneum Museum, Helsinki.

Professor Peter Davidson, of the University of Aberdeen, gave talks on "Twilight in Northern Painting" relating to the Symbolist Landscapes exhibitions held in July 2012.