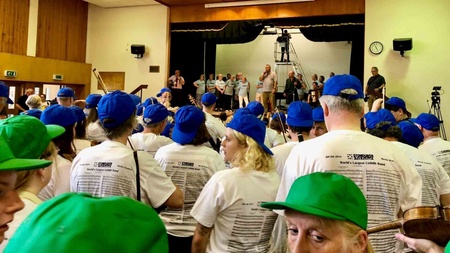 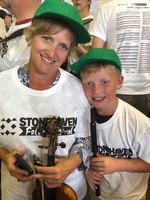 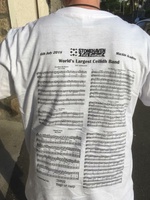 An attempt to break the world record for the largest ever ceilidh band has been made by musicians from University of Aberdeen-based charity Scottish Culture & Traditions Association and Stonehaven Folk Festival.

Two hundred and eighty eight musicians of all ages and levels of experience, playing a vast array of instruments had to play three dances at least five minutes long to be eligible for the Guinness World Record.

Led by an onstage band of Scottish Culture & Traditions (SC&T) tutors, and with dancers led by ceilidh tutor Lynn Saunders, the musicians played a Gay Gordons, A Canadian Barn Dance and a Strip the Willow to beat the world record target of 250 players by a substantial margin.

SC&T, which offers evening classes in traditional music, song and dance in the University’s Macrobert Building, has been teaching the tunes and planning the logistics for the record attempt for the last year.

The event took place in Mackie Academy in Stonehaven on Friday July 6, with participants supplied with red, green, yellow, blue or grey baseball caps to make them easier for the Guinness Book of Records adjudicators to count.

As well as this record attempt, SC&T works in partnership with Music, The Elphinstone Institute and with English & Creative Writing on many research and public engagement projects in the University, and offers free student bursaries for its classes.

Guinness World Records will get in touch with the group in due course to confirm that the record breaking attempt met all required criteria.