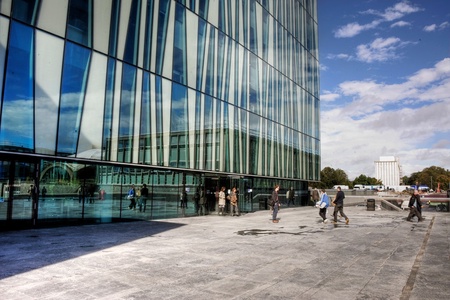 A French refugee who fled to Geneva, and who became one of the most influential leaders in the reformations of the 16th Century. Author of a best-seller which went through several editions in his lifetime, which remains in print nearly 500 years later. Preacher, theologian, pastor, civic leader, biblical expositor, family man, John Calvin has been the subject of caricature and reverence, loathed and loved. Why? And why bother about what he wrote, thought, or did in a small Swiss city state 500 years ago?

That’s what we enjoyed hearing about on Saturday the 12th of May at the Calvin for Pastors Conference. The leading authority on Geneva and Calvin, Professor Bill Naphy, explained the political intricacies of Geneva and the various tightropes Calvin had to walk between church and state. Professors Philip Ziegler and Paul Nimmo talked us through the architectonics of Calvin’s Institutes and in the process opened out the pastoral goals and motivation of Calvin’s incessant work and driven sense of God’s calling.

We were on the top floor of the Duncan Rice Library on a gloriously sunny day, with the North Sea horizon hazy in the distance. Wouldn’t we rather be elsewhere? Well, no. But only because we were engaged from the start and throughout by experts talking accessibly about theological horizons, opening up for us new vistas of thought. The aim was to encourage us towards a personal engagement with one of the most acute minds and serious pastoral theologians in the history of the Church. It was an enriching day. And it finished in plenty time to enjoy the later sunshine – best of both worlds really!