May is a month of premieres, performances, broadcasts and recordings for Dr Phillip Cooke.
09 May 2018 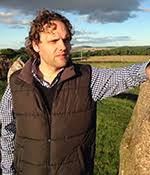 The Chor Akademicki Politechniki Warszawskiej will give the premiere of his new Magnificat on the 10 May in the university in Warsaw.

This followed a week later (16/05) by the premiere of his Fourth Service [St Pancras] as part of the London Festival of Contemporary Church Music, which will also be broadcast live on BBC Radio 3’s Choral Evensong. The month continues with the premiere and live broadcast on Classic FM of Ave Maria, mater Dei by The Sixteen and the choristers of Eton College at Eton (22/05), with The Sixteen recording the work later in the month for CD release next year. The month ends with The Harry Ensemble giving the Spanish premiere of Veni Sponsa Christi (2015) in the Sagrada Familia in Barcelona on the 27th.

Issued by
The Communications Team
Directorate of External Relations, University of Aberdeen, King's College, Aberdeen
Phone
+44 (0)1224 272014
Issued on
09 May 2018