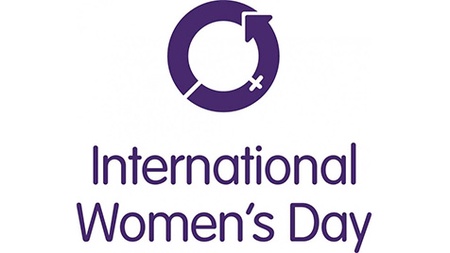 The University of Aberdeen will mark International Women's Day with an annual conference, set to inspire and celebrate women on Thursday 8 March.

The fifth annual conference – Inspiring Women: Press for Progress –will bring key public figures to The University for a morning of inspirational talks which will coincide with thousands of events held throughout the world to celebrate International Womens’ Day 2018.

Celebrated across the world since the early 1900s, International Women's Day originally began to provide a forum for women to campaign for equality and women’s rights. Over time, it has evolved and now in March each year, events are held across the world to recognise the progress that has been made, and to inspire everyone to celebrate their achievements.

The international theme this year is Press for Progress and delegates including staff, students, early career researchers, members of the business community and the public will hear from inspirational pioneers drawn from a range of fields to recognise and celebrate the social, economic, cultural and political achievements of women.

Speakers include Her Excellency Dr Sheikha Aisha Bint Faleh Al Thani, named as one of the 500 Most Influential Muslims in the world every year since 2009 in a book released by Georgetown University’s Centre for Muslim-Christian understanding and the Royal Islamic Strategic Centre in Jordan, chairperson and founder of Al Faleh Educational Group in Qatar and founding member of the board of Patrons of the World Congress of Muslim Philanthropists; Eve Pollard OBE,  journalist and author - one of the first female editors of a national newspaper in the UK, and vice-chairman of the women’s health charity Wellbeing of Women since 2003; Ann Moulds, who’s award winning national and international campaign Action Scotland Against Stalking (ASAS), has contributed to some major breakthroughs and ground breaking initiatives, including the introduction of the ‘Offence of Stalking’ sec 39 Criminal Justice & Licensing (Scot) Act 2010, the  introduction of two new offences of stalking  into England & Wales and the 1997 Harassment Act, and in 2011, the introduction of stalking under item 34 of  Council of Europe’s European Convention (Istanbul Treaty) Ratified on 1st August 2014, places a requirement on European member states to recognise stalking as a specific crime; and Isobel Cameron who is a Senior Lecturer in the School of Medicine, Medical Sciences and Nutrition at the University of Aberdeen, and who for over two decades has conducted health services research with an emphasis on the recognition and treatment of depression.

Our excellent speakers ... will undoubtedly inspire the next generation of women to push the boundaries in the quest for a better deal, not just for women's rights but for society generally." Caroline Inglis, University Secretary

Caroline Inglis, University Secretary, who will open the conference, said:  “I am delighted to welcome our conference speakers and delegates to this celebratory event.  Our excellent speakers have achieved outstanding success in their respective fields and hearing how they have pressed for progress will undoubtedly inspire the next generation of women to push the boundaries in the quest for a better deal, not just for women’s rights but for society generally.”

Further information about the Conference, including the full programme, speaker biographies, and how to book is available here