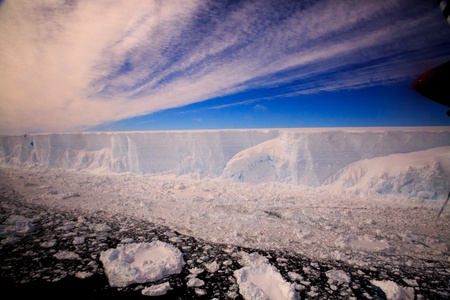 The research expedition to the Larsen C Ice Shelf is funded by the Natural Environment Research Council (NERC).

The Larsen C Special Area for Scientific Study was established by CCAMLR in 2017 for a period of ten years, after meeting the criteria for designation of such areas as agreed in 2016. This allows for scientific research to be undertaken in the area without any impact from commercial fishing, to address questions relating to how biological communities develop over time, and how new species colonise previously ice-covered areas. More about CCAMLR here

The Larsen C calving event of A68 may simply reflect the natural growth and decay cycle of an ice shelf, and is not necessarily due to changes in environmental conditions.