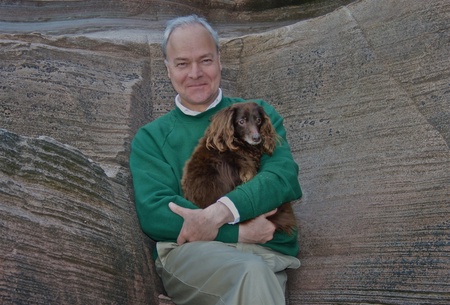 University of Aberdeen Pro-Chancellor, the Very Reverend Professor Iain Torrance, has been honoured with a Knighthood in the New Year's Honours list.

Aberdeen-born Professor Torrance was given the honour for services to Higher Education and Theology.

A former Moderator of the General Assembly of the Church of Scotland, Professor Torrance is an internationally renowned theologian.

Much of his long and distinguished career has been spent at the University of Aberdeen, where in 1993 he was appointed Lecturer in Divinity.  In 2001 he was made Dean of the Faculty of Arts and Divinity, a post he held until 2004, when he was made President of Princeton Theological Seminary - one of the greatest theological institutions in the world.

As a former Army Chaplain, Professor Torrance held the rank of Major and was awarded the Territorial Decoration in 1997.  In 2013 Professor Torrance accepted the role of Pro-Chancellor at the University of Aberdeen, at the invitation of Her Royal Highness the Duchess of Rothesay, following her election as University Chancellor.

I was astonished by this award but also deeply grateful that causes I have long struggled for - the dissemination of knowledge, electronic access, the dignity of gay people and the inclusion of other faiths - has been recognised" The Very Reverend Professor Iain Torrance

Commenting on his Knighthood, Professor Torrance said: “I was astonished by this award but also deeply grateful that causes I have long struggled for - the dissemination of knowledge, electronic access, the dignity of gay people and the inclusion of other faiths - has been recognised.”

Congratulating Professor Torrance, University of Aberdeen Principal, Professor Sir Ian Diamond, said: “Professor Torrance has made an enormous and outstanding contribution to higher education, both as one of the UK's leading theologians and also as a university leader in Scotland and in Princeton, USA.

“We are hugely privileged to have Iain as our Pro-Chancellor.  He has worked tirelessly in this role both as an ambassador for the University and also as a source of wise advice. He also serves as a member of our Development Trust, supporting all aspects of the work of our University and the delivery of our ambitions.

“His knighthood is fitting recognition and thoroughly well deserved - it will bring immense pleasure to all who know him and have worked with him.”