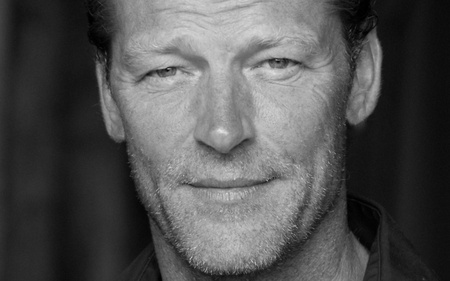 Game of Thrones actor Iain Glen has been revealed as the latest star taking part in a Christmas concert that will raise funds for cancer and dementia research at the University of Aberdeen.

Actor and presenter Sir Tony Robinson has joined forces with renowned composer Professor Paul Mealor to create the concert, which will be performed at the University’s fourth annual Celebration of Carols.

Hosted by the University’s Alumni Relations team, the concert will take place at St Machar’s Cathedral in Aberdeen on 12th December, which has already sold out, and at St Marylebone Parish Church in London on 21st December, for which only a limited number of tickets remain.

As an honorary graduate and former student, Iain was invited to take part and will play the part of Herod in ‘The Three Ships’ - a Christmas story written by Sir Tony and Professor Mealor which offers a unique interpretation of the traditional nativity.

Iain will perform at both the Aberdeen and London concerts, thus rekindling his association with the University that goes back to the 1970s.

“The Aberdeen University Drama Society was my introduction to acting, and by the time I left I had just about enough belief to try and give the profession a go,” he said.

“I am so pleased to be part of this very special choral concert and to be able to walk the streets of the Silver City once again.”

As the University’s flagship alumni engagement event, the annual fundraiser will bring together alumni and friends of the University for a celebration to help fund ground-breaking research into cancer and dementia.

Katrina Allan, Head of Alumni Relations at the University of Aberdeen, said: “The Celebration of Carols is a fantastic festive event and we are delighted that Iain Glen has accepted our invitation to take part.

“Iain’s involvement adds an exciting new dimension to what promises to be an entertaining evening, thanks to the creative partnership that Sir Tony and Professor Mealor have developed since they performed together at last year’s concert.

“We are grateful to all of them for teaming up to support the University and to HSBC for its generous sponsorship in support of the event. We are looking forward to a joyous celebration of Christmas at our events in Aberdeen and in London.”