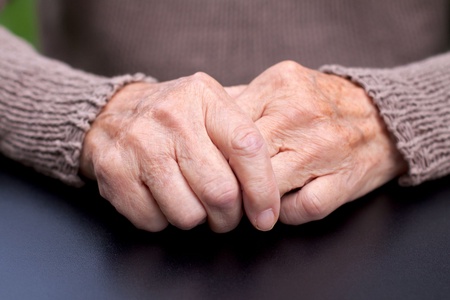 Scientists have received funding to investigate the role of zinc and copper on ageing.

Scientists from the University of Aberdeen Rowett Institute and the University of Picardie in Amiens France have received around €860k from the European Commission under the Horizon 2020 Marie Skłodowska-Curie actions -RISE (Research and Innovation Staff Exchange) scheme to investigate the impact of ageing on zinc and copper metabolism in our bodies.

Increased longevity with a high quality of life is desirable not only for personal life-satisfaction but also for reducing healthcare costs and for increasing the socioeconomic contributions of individuals in countries with ageing population demographics.

Zinc and copper are essential nutrients in our food as they work together and separately to regulate the function of thousands of different proteins in our bodies.

Professors John Beattie and Irina Korichneva will lead the four-year RISE grant, which also involves partners from the Ukraine, Chile and the University of the West Indies, to examine how aging effects the body absorption and metabolism of zinc and copper at a cellular level.

Professor Beattie said: “It is fantastic to have received this grant which will allow us to work with teams from within Europe and beyond.

We hope to be able to give better advice for adequate zinc and copper nutrition in the elderly and improve their health and longevity." Professor John Beattie

“There have recently been big advances in understanding how zinc and copper absorption and metabolism are controlled within body cells and we want to examine how ageing can change this and how to protect against these changes.

“We hope to be able to give better advice for adequate zinc and copper nutrition in the elderly and improve their health and longevity."

The RISE scheme funds short-term exchanges for staff to develop careers combining scientific excellence with exposure to other countries and sectors. RISE enables more interaction between academia and non-academic organisations within Europe and worldwide.

Established in 1495, the University of Aberdeen is the fifth oldest in the UK.