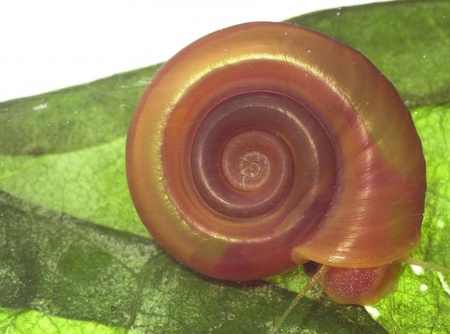 Scientists from the University of Aberdeen are part of an international team which has been working to better understand the biology of a snail species that transmits a disease infecting 200 million people, killing around 200,000 each year in developing countries.

Schistosomiasis, also known as ‘snail fever’ or bilharzia, ranks second only to malaria in impact of a parasitic disease on human global health. It is caused by parasites (schistosomes) contracted from tropical freshwater snails, the most significant of which is ‘Biomphalaria glabrata’, subject of the large scale genome study published in Nature Communications this week.

The consortium led by the University of New Mexico, is made up of over 100 academics from across Europe, the USA, Africa and Australia. The UK consortium consists of scientists from the universities of Aberdeen, Aberystwyth, Brunel, Kingston, Westminster, the Natural History Museum, London (WHO Collaborating Centre), and the European Bioinformatics Institute.

Scientists have identified a number of crucial processes in the snail’s biology that is helping them to understand how it transmits this lethal parasite, enabling them to uncover new ways to potentially stop transmission.

The Aberdeen University team, led by Dr Catherine Jones (who represents the UK consortium on the international steering committee), Dr Les Noble and Dr Anne Lockyer, working in collaboration with colleagues at Brunel University, are largely concerned with characterising snail genes which, amongst other functions, detoxify mollusc pesticides and control reproductive processes.

This information promises new control strategies; for example, design of novel selective pesticides which inhibit specific detoxification genes which may allow targeting of only this species of freshwater snail.

Our team - and the wider international consortium - have for the first time analysed the entire genetic make up of this nuisance species, and as a result now have a much better understanding of this snail's biology, and how they transmit the disease." Dr Catherine Jones

Conventional mollusc pesticides have a broad spectrum effect, also killing fish and other aquatic life crucial to maintain the healthy ecosystems on which local people are dependent.

Additionally, the increased knowledge of genes involved in snail reproduction could allow development of strategies which disrupt egg production and so limit numbers.

Dr Jones, from the University’s School of Biological Sciences, said: “This disease is a gigantic problem for global health – killing around 200,000 people each year and blighting the lives of millions more. Children are particularly susceptible to the disease, as they tend to be in closer contact with water infected by the parasite.

“Our team – and the wider international consortium – have for the first time analysed the entire genetic make up of this nuisance species, and as a result now have a much better understanding of this snail’s biology, and how they transmit the disease.

“Going forward, we can suggest specific strategies which could be explored further with a view to, hopefully, reducing transmission of schistosomiasis, helping the World Health Organisation in its aim to eliminate this disease by 2025.”