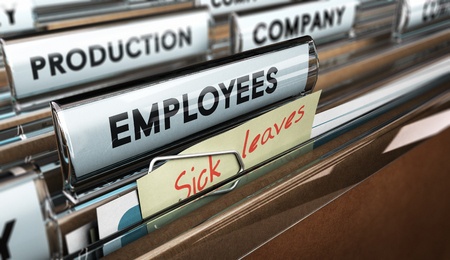 Research carried out by economists at the University of Aberdeen and the University of Bath has revealed that workers are significantly less likely to call in sick if they know their absence will cause difficulties for colleagues.

The findings come from a study of absence rates among optometrists in the north-east of Scotland, which showed that workplace absence rates dropped by 30% in situations where a fellow employee was expected to pick up the burden created by their colleague’s absence.

Most studies in this area have focused on how wages, sick pay and working hours affect absence rates, but the latest study is the first to reveal how our relationships with work colleagues plays an equally significant role in our decision-making.

The study, which has been published in the Journal of Economic Behavior and Organization, looked at the absence records of over 60 optometrists in Aberdeen and Aberdeenshire, some of whom worked alone, and some as part of a team of two.

It found that those working in teams of two, who would be expected to pick up extra appointments because of their colleague’s absence but without extra pay, were significantly less likely to call in sick than those working alone.

The findings suggest that people working as part of a team do care about each other, and cooperate in a way that lowers absence rates compared to lone workers who do not share the same concerns.

Our study is the first to model and measure the relationship between workplace cooperation and absenteeism, and in doing so we show that people aren't as selfish as we might think." Dr Alexandros Zangelidis

Dr Alexandros Zangelidis, Senior Lecturer in Economics at the University of Aberdeen, co-authored the study.

He said: “Economists have traditionally modelled human behaviour by assuming people maximise their personal satisfaction subject to some form of constraint, whether it be money or otherwise.

“They tended to say relatively little about the effect of relationships between family, friends, neighbours and work colleagues.

“Such neglect reflected perhaps not an ignorance of the importance of such interactions, but rather an awareness of how difficult it is to model theoretically, and measure empirically, such phenomena.

“Our study is the first to model and measure the relationship between workplace cooperation and absenteeism, and in doing so we show that people aren’t as selfish as we might think.

“If we take this evidence and apply it to a much broader context, then I think the study reveals something profound and very encouraging about human nature that isn’t commonly captured in standard economic analysis.”