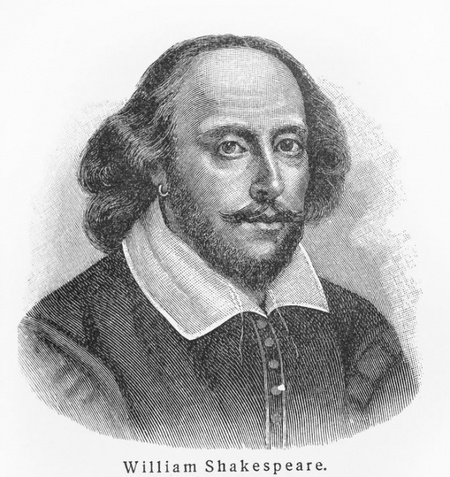 In 1601 a group of actors with close links to Shakespeare visited Aberdeen.

As part of commemorations to mark the 400th anniversary year of the bard’s death, their performance will be re-imagined as part of a week of Shakespeare-themed events organised by the University of Aberdeen and Aberdeen Performing Arts.

The visit of the acting troupe is recorded in the city archives but little is known of the detail other than that it was significant enough that the players were awarded the Freedom of the City.

Dr Andrew Gordon, a lecturer in literature at the University and the organiser of Aberdeen Shakespeare Week, said that a visit of this nature in 1601 would have been ‘a rarity’ and raised many questions about the nature of the performance.

“There are many unanswered questions about how and where they would have performed,” he said.

“We will be bringing together a range of experts, including an archaeologist who has been exploring the remains of an Elizabethan playhouse in London, a leading academic and dramatist and writers, performers and experts on Shakespeare from around the world.

We will be bringing together a range of experts, including an archaeologist who has been exploring the remains of an Elizabethan playhouse in London, a leading academic and dramatist and writers, performers and experts on Shakespeare from around the world." Dr Andrew Gordon

“We will be using creativity to try and explore the things history does not always have the answers to, including the visit of the Shakespearean players to Aberdeen which would simply be a footnote in conventional versions of the history of Shakespeare but is obviously of great interest here in the city.”

Among the highlights of Shakespeare Week will be a performance using extracts of Twelfth Night, one of the plays in the repertoire of Shakespeare’s company at the time of the visit to Aberdeen.

Playing Aberdeen, 1601 will take place at Underdog on Union Street on Wednesday October 19. Tickets are free but need to be reserved at http://www.aberdeenperformingarts.com/events/pop-up-unplugged-playing-aberdeen-1601

The week will also attempt to tackle another ‘mystery’ with Argentinian writer Carlos Gamerro. He has written a book which reimagines a lost Shakespeare play called Cardenio, inspired by an incident in Cervantes’ Don Quixote. The playis known to have been performed but no text has ever been found.

Gamerro will appear at the University’s Sir Duncan Rice Library on Thursday October 20 at 5.30pm https://www.abdn.ac.uk/cems/events/10509/

For a full programme of events for Aberdeen Shakespeare Week visit http://www.abdn.ac.uk/cass/news/10048/