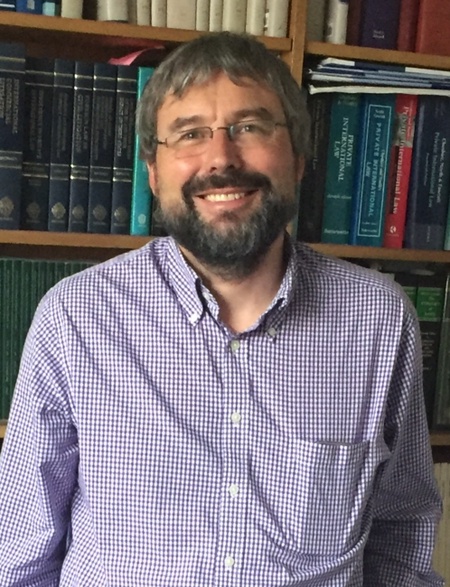 A law professor from the University of Aberdeen has played a crucial role in negotiating an international agreement on child maintenance payments that will lift tens of thousands of children out of poverty.

Professor Paul Beaumont, an expert in private international law, was instrumental in ensuring the United States ratified the 2007 Hague Convention on the International Recovery of Child Support.

It means that fathers who live in the US but who do not pay child support for children living in other countries can now be forced to do so.

Ratification will unlock millions of dollars in child maintenance payments and provides a strong incentive for other countries to follow the US example.

The agreement was reached last month following tense diplomatic discussions where Professor Beaumont played a key mediation role. It marks a crucial milestone in a journey stretching back to 2003 when negotiations over the Convention - which Professor Beaumont negotiated to a successful conclusion in 2007 - first began.

Explaining the background to the Convention, he said: “Pretty much everyone recognises a father has an obligation to support their child, and this Convention offers a mechanism to avoid fathers getting out of paying by simply moving to another country.

“In developed countries there is a welfare safety net that protects children from abject poverty, but there are countries where the state cannot provide any meaningful support.

I'm delighted because the negotiations went on for a long time and ratification was never guaranteed. To get a final agreement was very satisfying, and a testament to the hard work of everyone involved" Professor Paul Beaumont

“There are plenty of scenarios where the failure of the father to pay means that the children are living in really bad situations, and the Convention is intended to help prevent these scenarios from developing.

“It also helps ease the financial burden on participating states that provide welfare support to families in situations where fathers are failing to fulfil their obligations.”

While the Convention still needs to be ratified by a number of countries, the US agreement provides strong encouragement for others to sign up, not least because of the number of fathers who have moved there from other countries to work.

For Professor Beaumont, who is a member of the University’s Centre for Private International Law, ratification is a “landmark step”.

“The scale of the impact of this is huge, and it will improve the lives of hundreds of thousands of people,” he said.

“On a personal level I’m delighted because the negotiations went on for a long time and ratification was never guaranteed.  To get a final agreement was very satisfying, and a testament to the hard work of everyone involved.”

More information on the Hague Convention on the International Recovery of Child Support is available here: http://www.abdn.ac.uk/law/research/news-149.php