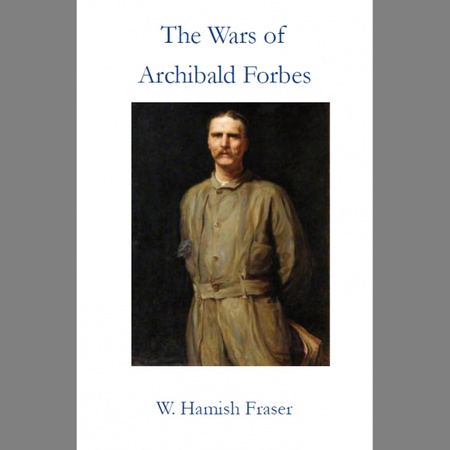 With heroic journeys on horseback and on foot to get to the nearest telegraph station, Archibald Forbes transformed the profession of war correspondent into something recognisably modern. He was widely regarded as the greatest war correspondent of the nineteenth century and the model with whom all others had to compete. It was he, more than any other, who appreciated the public demand for immediacy and therefore the need to get reports from the front into the press as fast as possible. He transformed the fortunes of the Daily News by making extensive use of the telegraph: his brilliant descriptive writing shaped images of wars for a public greedy for information and excitement.

Despite persistent health difficulties Forbes covered in the 1870s the Franco-Prussian War, the Paris Commune, the Carlist Wars in Spain, the Serbian-Turkish War, the Russo-Turkish War, the occupation of Cyprus, the Afghan War, the Zulu War, the Indian Famine and the Prince of Wales’s visit to India.

At the same time, he kept up a prolific output of articles in many of which he did not hesitate to challenge the assumptions of the military authorities, to criticise the generals and to press for modernisation of the army. He defended the freedom of war correspondents to report wars as they saw them against the growing pressures to have their work censored and controlled. When ill-health forced him to abandon war work he became a tireless lecturer in Britain, the United States, Australia and New Zealand and his predictions on the shape of future wars came all too true in 1914.