Folio 1v - Creation of the waters and the firmament

the Division of the Waters. God stands frontally in the centre of the picture wearing a red tunic and blue cloak. He does not have a beard. The gesture with his right hand emphatically sweeps beyond the circles. He holds a book in his left hand. Behind him are three circles decorated with various shades of blue semicircles. God's halo reaches to the top of the sky, represented by blue wavy lines. Below God are the turquoise ripples of the sea. The burnished gold background is contained within a frame. Two illustrations of the Creation sequence are missing, showing the the plants and trees and the creation of the moon and stars. They are represented by Ashmole 1511, f.5r and f.5v. Initial type 3 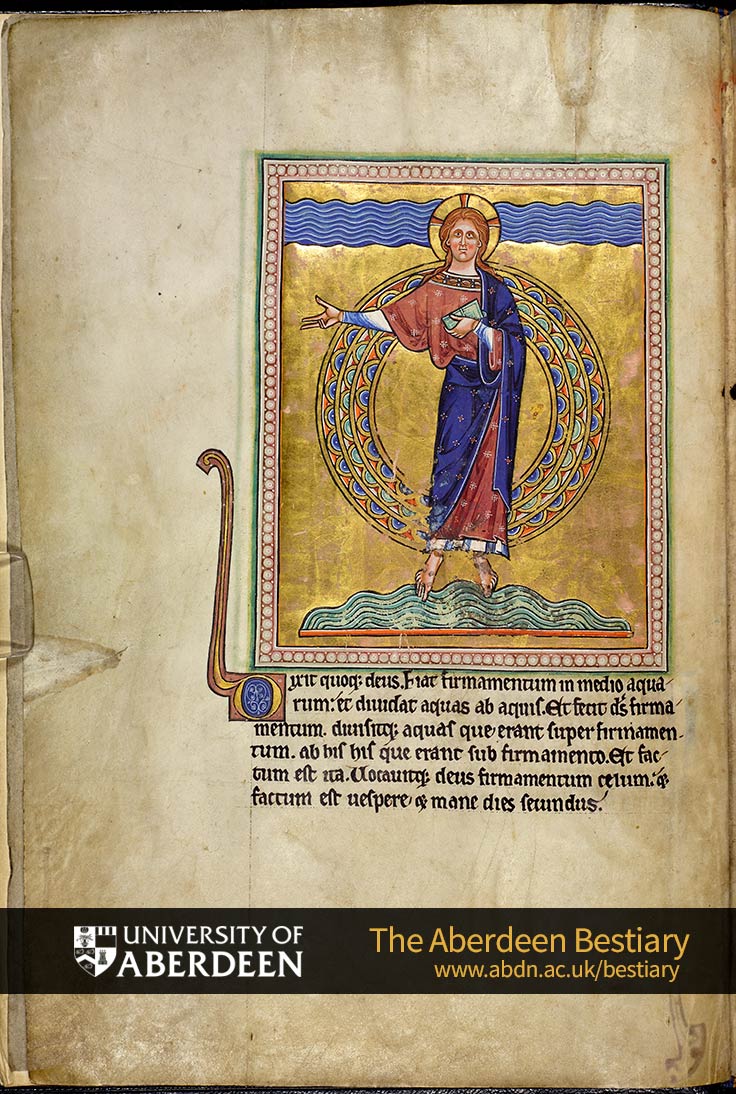