Is it really best for the environment to remove all traces of North Sea oil and gas production?
06 September 2016 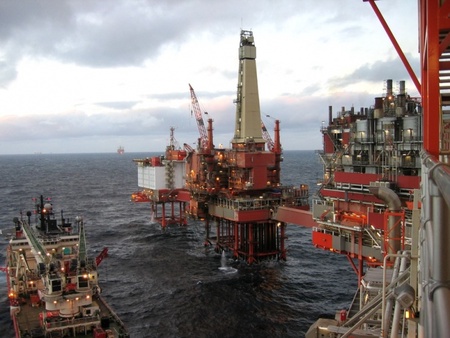 According to a recent article in The Conversation by David Lusseau, Professor of Behavioural Biology, John Paterson, Professor, Co-Director, Centre for Energy Law and Richard Neilson, Reader in Engineering at the University of Aberdeen.

In Europe, the majority of oil and gas production (OGP) comes from mature offshore facilities that are approaching the end of their lifespan. The current low oil price is prompting decisions about the decommissioning of this ageing infrastructure, particularly in the North Sea.

Many producing regions, such as Europe, have regulatory frameworks requiring – with relatively limited exceptions – the entire infrastructure to be removed once production ceases. These regulations, for example the Convention for the Protection of the Marine Environment of the North-East Atlantic (OSPAR), were put in place to ensure that the ecosystems where OGP takes place would be restored to their pristine state once production stopped.

But what are the consequences of this? And will they benefit the natural world? Ecosystems are complex and adaptive – that is, they are systems composed of many interacting species. Crucially, these interactions can change over time depending on the internal and external forces being applied to the system. The very nature of ecosystems means that we cannot think about them as we would an engineered system.

A wealth ofstudies have shown over the past two decades that ecosystem restoration is complex and that removing things like the infrastructure that supports the North Sea oil and gas industry does not necessarily result in a return to the ecosystem’s original state. The introduction of the OGP infrastructure has changed the North Sea. Structures such as platforms, thousands of kilometres of pipelines and other sub-sea structures have been in place for decades – and have been used as a medium for new ecosystems to establish themselves.

And so our current understanding of ecosystem dynamics raises some important questions. What is the North Sea’s pristine condition? How do we get it back to that state? And would that really be the best thing to do?

Humans: part of nature or a species apart?

Ecosystems can exist in different states depending on how the species within them interact. The transition, or shift, between states can depend on external factors, such as perturbations or the introduction of novel habitats. Overfishing is the best known example of how a marine ecosystem state shift can occur.

One textbook example is the shift between kelp forests and sea urchin barrens. The over exploitation of sea otters for their fur on the US Pacific coast led to a boom in the populations of sea urchins – which are prey for otters and which overgrazed the kelp forests and completely transformed the coastal ecosystem.

While this particular shift led to a less productive and therefore less desirable ecosystem, state shifts do not necessarily change ecosystems for the worse.

The pre-OGP North Sea was blighted by over-fishing and was still recovering from being a naval theatre of war. Several fish stocks were collapsed with unknown consequences for the ecosystem. Is this really the ecosystem we should aim to recover?

And if we go further back, humans have been using the North Sea for millennia. If we take the view that humans are a species apart from nature, we need to discover what would constitute a “pristine” North Sea state – that is to say, a North Sea unaffected by any human activity and influence. And how would we restore the sea to this state without considering the needs, and impacts, of other users such as shipping and fishing – or indeed the species thriving there now?

Alternatively, we could take the view that humans and their influences – such as OGP infrastructure – are an integral part of nature. This enables us to take into account the possible benefits of human activity. We should consider, for example, the role played by OGP infrastructure in the over-fishing restoration efforts in the North Sea over the past 30 years – and, importantly, what will happen if we remove all of the structures. We also need to look at how these OGP structures have provided new habitats.

In other regions, the rigs-to-reef concept, where infrastructure is either dragged near shore or left in place to form reefs, has been a useful strategy in the decommissioning process. After all, reefs are a prevalent ecosystem in these regions, predating OGP, and the infrastructure can provide the basis for new reef systems. We should consider whether sub-sea infrastructure – redundant or otherwise – that offers novel and productive habitats must be removed.

These are open questions, societal challenges, that we need urgently to face.

A dogmatic approach to decommissioning – one that insists that all infrastructure is completely removed – is likely to work against the original motivation of the regulations. We just don’t know what will be the impact on the existing environment of such a change – it might shift the system towards a “better” or “worse” state.

The one thing we know for sure about ecological systems is that they continuously change – so the notion of “returning” an ecosystem to a “pristine” state, while romantic, is not a useful way of looking at it. In fact, it is counterintuitive. This does not mean that we should adopt a laissez-faire approach, but that we should aim for a decommissioning process that maximises the health and resilience of the current ecosystem.

We need to develop a comprehensive environmental decision support system that considers what benefits the removal of each component might bring and what impact this might cause.

If things go ahead as planned, we are about to transform the North Sea into a giant demolition site, a process that will last for the next 20-40 years. Decommissioning on that scale has never been done really. The environmental impact of this new stage of human activity will not be trivial. It will affect both ecosystem functioning and species we care about, particularly those sensitive to noise, while also contributing substantially to carbon emissions.

The OGP infrastructure has been in place for decades, much of it acting as fisheries exclusion zones. Some might now sustain species and habitats crucial to ecosystem functioning. The benefits of complete removal, as originally intended, are therefore now less clear. We need a holistic approach to decommissioning that integrates the environmental costs and benefits at every level and doesn’t just assume that all of the infrastructure is “bad”. That way, the North Sea ecosystem stands the best possible chance of thriving into the future.

Read in full in The Conversation.