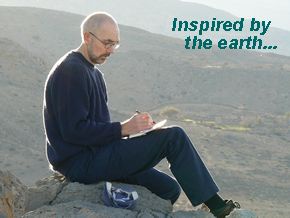 Composer Geoff Palmer was commissioned to write a 25-minute long concertino work for solo cello and wind instruments which was premièred in Rovaniemi in northern Finland in Spring 2016. http://www.visitrovaniemi.fi/experience-rovaniemi/events/chamber-music-concert-by-lapland-chamber-orchestra-korundi

The soloist was the Finnish cellist Lauri Angervo, partnered by members of The Chamber Orchestra of Lapland, who were visitors to the 2014 BBC Proms. http://www.abdn.ac.uk/music/news/6998/

Apart from this recent concert in Rovaniemi, Geoff's work was also performed in Inari and Karigasniemi. http://www.korundi.fi/en/Lapland-Chamber-Orchestra/Concert-calender-Spring-2016

Geoff works regularly in universities, currently holding a post as Lecturer at the University of Aberdeen, where he teaches BMus 20th/21st Century Music History courses, instrumental lessons, and composition classes. Freelance lecturing has included visits to Royal National Institute of the Blind, London (1998), University of Toronto (1999), University of Ottawa (2002) and University of Middlesex (2008).  http://www.geoffpalmercomposer.com/index.htm