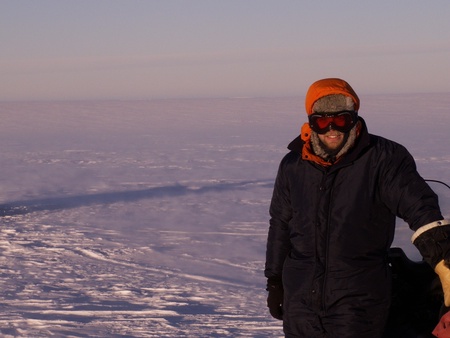 Provided by Dr Rob Bingham from The North theme.

Dr Bingham's insights on the West Antarctic ice sheet were featured in the following:

Scientists discovered a one mile deep rift valley hidden beneath the ice in West Antarctica, believed to contribute to ice loss from this part of the continent.

Their findings, reported in Nature this week revealed that the ice-filled ancient rift basin is connected to the warming ocean which impacts upon contemporary ice flow and loss.

Dr Bingham, whose fieldwork was funded by the UK’s Natural Environment Research Council (NERC) said: "Over the last 20 years we have used satellites to monitor ice losses from Antarctica, and we have witnessed consistent and substantial ice losses from around much of its coastline.

To view animations of the research visit:
https://www.bas.ac.uk/media-post/hidden-rift-valley-discovered-beneath-west-antarctica-reveals-new-insight-into-accelerating-ice-loss/