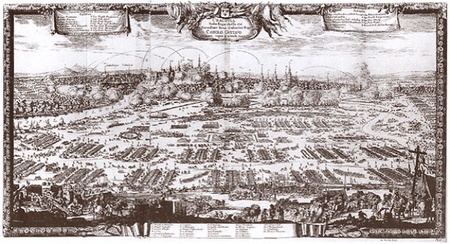 Held by Professor Robert I Frost, Burnett Fletcher Chair in History, Department of History, University of Aberdeen on 2 March 2013.

This brought together established and young scholars working on the military history of northern Europe to explore the nature of warfare in the North, the cultural transfer that took place on account of this high degree of mobility, and the connections between military systems that are too often studied in isolation.

Northern Europe in the early modern period saw the development of a particular kind of warfare that was determined by the peculiar climatic, economic, and social structures of the region.

In the seventeenth century Sweden dramatically emerged as a major military power, sustaining its effort from its involvement in the Thirty Years War (1648–1648) through the Great Northern War (1700–1721), when it was eclipsed by the Russia of Peter the Great, who based many of his military reforms on the Swedish model.

One characteristic of warfare in Northern Europe was the international recruiting that saw tens of thousands of soldiers and officers from the British Isles, and in particular from Scotland, in the armies of Denmark, Russia, and above all Sweden; in both Russia and Sweden, substantial colonies of Scottish soldiers were formed; in Sweden Scots officers integrated into high political and social circles.

University of Aberdeen War and Warfare in Northern Europe, 1550-1721

A Symposium Sponsored by