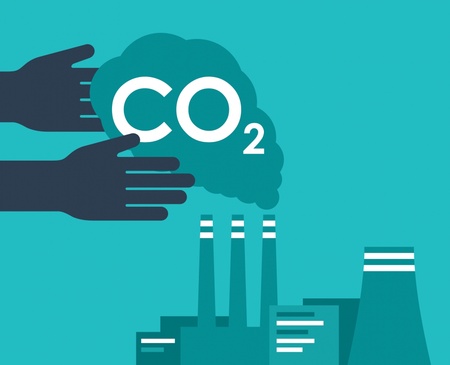 The application of modern carbon capture technologies that limit emissions associated with the production of blue hydrogen can play a crucial role in its success as a 'bridging technology' in the energy transition.

Less expensive than carbon-neutral green hydrogen, and therefore better suited to being used at scale in the short term, blue hydrogen is produced from natural gas, with the resulting CO2 emissions captured and stored permanently underground in a process known as carbon capture and storage (CCS).

Recent studies have questioned the value of blue hydrogen in reducing emissions, chiefly because of inefficiencies in the production process causing CO2 to escape.

However, a newly published international study involving researchers from the University of Aberdeen and led by the Paul Scherrer Institute (PSI) in Switzerland and Heriot-Watt University has identified several key responsible factors in what causes CO2 to escape.

Crucially, the study has also shown that the application of modern carbon capture technologies can play a crucial role in mitigating this risk.

Professor Russell McKenna from the University of Aberdeen’s School of Engineering is one of the researchers who have contributed to the study, which has been published in Royal Society of Chemistry’s journal Sustainable Energy & Fuels.

Hydrogen is widely seen as one of the building blocks for a sustainable energy system, and if produced sustainably it represents a highly versatile means of long-term energy storage, with a variety of applications across the economy" Professor Russell McKenna

He said: “Hydrogen is widely seen as one of the building blocks for a sustainable energy system, and if produced sustainably it represents a highly versatile means of long-term energy storage, with a variety of applications across the economy.

“The ultimate goal is to use green hydrogen, produced from renewable electricity thorough electrolysis, but this is currently prohibitively expensive.

“Blue hydrogen has been identified as a potential bridging technology, until green hydrogen can be scaled up and costs come down, however questions remain over its environmental impact and whether emissions associated with production cancel out any environmental benefit.

“What this study has shown is that the environmental impact of blue hydrogen depends on two key aspects – namely the amount of methane emissions in the natural gas supply chain, for example through gas flaring, and the CO2 capture rate in the plant.

“It identifies that if these parameters are made favourable, for example through the application of technologies that keep methane emissions low and capture rates high, then blue hydrogen can have a favourable environmental impact and offer an attractive bridging technology.”