Alcohol pricing in Scotland - does it affect your food shopping?
26 November 2021 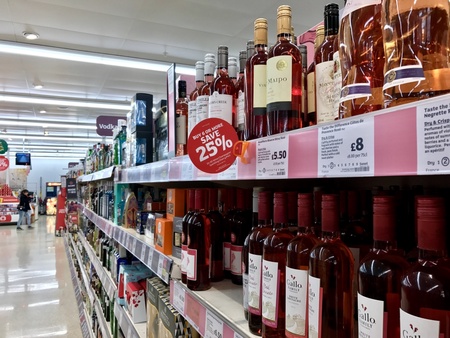 Do consumers spend less on food if the price of alcohol goes up? Has Minimum Unit Pricing for alcohol actually changed consumers' shopping choices? These are just a couple of the questions discussed in the latest Café Connect podcast from the University of Aberdeen.

Professor Paul McNamee from the Health Economics Research Unit at the University of Aberdeen and Lucie Giles, Public Health Intelligence Principal from Public Health Scotland, talk about the impact of Minimum Unit Pricing for alcohol in Scotland and the latest research due to come out on the subject.

Alcohol Minimum Unit Pricing (MUP) was introduced in Scotland in May 2018 as part of the Scottish Government’s strategy to reduce the health and social harms associated with alcohol misuse. In this conversation the experts look at a range of issues, including research to understand whether household food spending could change following the introduction of MUP and the effect that this may have on diet quality.

“This study looks at whether the policy has an unintended impact on food shopping and diet. We are looking at data from some eight thousand households, comparing the shopping habits of people in Scotland before and after the introduction of MUP with households in the North of England.

“As well as spending – we also look at the nutritional impacts associated with their shopping.

“Our work is still ongoing but some earlier modelling suggested a rise in spending on alcohol amongst some households, so there is some concern around other unintended impacts of the policy - if consumers are spending more on alcohol – are they buying less food?

“Once we have completed our study we will feed back to policy makers in Scottish Government who will use it alongside other evidence to consider whether MUP should be retained in Scotland – watch this space!”

The podcast is available now on this link