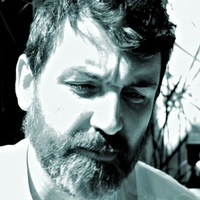 Climate change is occurring faster on the Tibetan Plateau than nearly anywhere else on Earth. What does the science say and what does this mean for Asia as a whole?

Dr Martin Mills from the University of Aberdeen addressed the Conference at the Royal Geographical Society in London, 25-26 June 2021 to highlight what is happening on one of the largest geological features on earth, based on a consensus of international scientists, from across several different scientific disciplines.

Outside of the Arctic and the Antarctic the Third Pole, has the largest supply of frozen fresh water on earth!  Its cryosphere (a domain of ice) is made up of snow, glaciers and permafrost.  It is the only Pole on earth, surrounded by half earth’s population on its doorstep!

Over the past decade, a number of increasing pressures and issues have circled around climate change. Over 900 scientific international publications from places such as Nepal, India, America and the Chinese Academy of Sciences, have provided enough reliable scientific data on this matter, to reach a consensus of international scientists, across different scientific disciplines.

Global climate warming is causing a catastrophic collapse of the Third Pole cryosphere, which is responsible for regulating water cycles. The Tibetan Plateau’s environment is changing because of Global greenhouse warming, secondly from South Asian air pollution and lastly, deforestation and urbanisation.

Climate Change on the Third Pole, Causes, Processes and Consequences