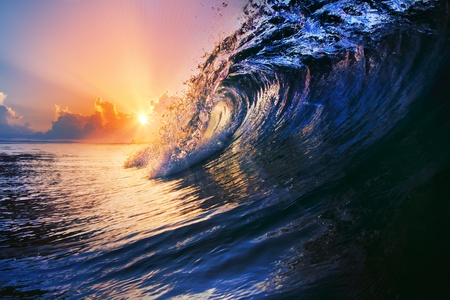 Tidal stream power has the potential to deliver 11% of the UK's current annual electricity and play a significant role in the government's drive for net-zero, according to new research.

Scientists from across the UK say that harnessing the power of the ocean’s tidal streams can provide a predictable and reliable means of helping to meet the country’s future energy demand.

However if that is to be realised, it will require government funding to accelerate innovation and drive down its cost so that future projects can provide cheap electricity.

And such opportunities, the authors say, are not presently available given the way the government’s renewable energy funding schemes are configured.

In the past, access to government funding has helped install 18 MW of tidal stream capacity, around 500 times less than the UK’s current offshore wind capacity. This relatively modest funding support to date has put the tidal stream sector on a steep cost reduction trajectory.

However, cost reduction has slowed since access to funding has been removed. Extending such support is essential to enable it to become cost competitive with gas turbines, biomass, and nuclear.

This paper provides such an important and timely message for the world, and especially the UK government, to fully understand the strategic use of predictable tidal stream energy" Professor Beth Scott

Dr Danny Coles, Research Fellow at the University of Plymouth and the study’s lead author, said: “Our study shows there is considerable evidence to support an estimate that the UK and British Channel Islands’ tidal stream energy resource can provide 11% of our current annual electricity demand. Achieving this would require around 11.5 GW of tidal stream turbine capacity to be installed, and we currently stand at just 18 MW. It took the UK offshore wind industry approximately 20 years to reach 11.5 GW of installed capacity. If tidal stream power is going to contribute to the net zero transition, time is of the essence.”

The regions with the highest tidal stream resource are the Pentland Firth and Orkney Waters, Scotland, and the Channel Islands – but both would require major grid infrastructure to connect them to high demand centres. In tandem with that, however, other sites could be more easily developed on the South Coast of England and in the Bristol Channel, as they are in closer proximity to existing grid infrastructure and demand centres.

The UK government recently identified the grid integration of variable generation as a key challenge as renewable power penetration increases. Importantly, this new research finds that the cyclic, predictable nature of the tides can provide grid benefits over alternative variable power technologies such as wind, including supply-demand matching, for example.

The UK Government has already committed to a Net Zero greenhouse gas emissions target by 2050 and, in 2017, almost 30% of the UK’s energy was generated through renewable technologies such as wind and solar power.

However, electricity demand is expected to more than double by 2050 and while wind and solar will be the main contributors to meet this demand, a diverse generation technology mix is needed to keep the lights on.

Co-author Professor Beth Scott, of the University of Aberdeen, said: “This paper provides such an important and timely message for the world, and especially the UK government, to fully understand the strategic use of predictable tidal stream energy. At the moment the UK is leading the world in both the technological and environmental research aspects of tidal stream energy developments and supporting that lead now will rapidly increase the UK’s goal of sustainable net-zero energy production.”

Another co-author, Professor Philipp Thies of the University of Exeter, added: “This is an extensive review on the state of the art and opportunities for tidal stream energy. There are still engineering challenges ahead, but this source of low carbon energy is technically feasible and an important element of future net zero energy generation.”