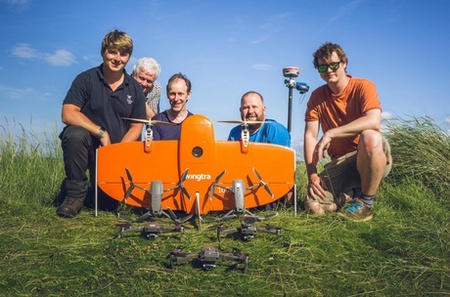 Researchers at Aberdeen University use Unmanned Airborne Vehicle (UAV) based sensors around the coastline whilst working with commercial partners to capture high resolution aerial imagery.

Thanks to two Scottish Natural Heritage-funded projects (including the PhD research of Geography student Andrew Smith) and a UCEMM/AICSM project led by Dr David R. Green (PI) which some involvement from Dr Dmitri Mauquoy. Unmanned Airborne Vehicle (UAV) based sensors will be used around the Scottish coastline to:

The aim will be for several different types of UAVs to capture high resolution aerial imagery to be used in conjunction with traditional aerial photography and satellite data to generate imagery and 3D surface models of selected coastal sites where change is thought to be most active.

The Aberdeen based academic team appreciates the input from the following commercial partners to fly around the coastal sites and process the imagery: