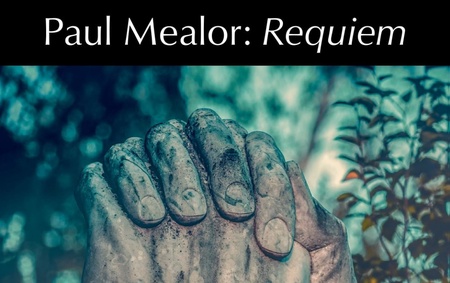 The Aberdeen premiere of the first requiem by renowned royal composer and University of Aberdeen professor, Paul Mealor, will take place at St Machar's Cathedral on Saturday May 25.

The poignant reflection of peace, composed to mark the centenary of the First World War, was first performed in Edinburgh last year by the National Youth Choir of Scotland and the Royal Scottish National Orchestra and broadcast live on Classic FM.

The St Machar’s performance will be a first opportunity for an Aberdeen audience to hear the 40-minute-long piece for orchestra and choir, Requiem: The Souls of The Righteous.

It will be performed by Aberdeen’s own Con anima chamber choir and orchestra, under the baton of Professor Mealor who said the beautiful acoustics of St Machar’s Cathedral will ‘bring the piece to life’.

“It is wonderful to be able to bring my first requiem to the city in which I live and work,” he added.

“The Souls of The Righteous was very well received in Edinburgh as was the associated broadcast on Classic FM but this time I will be conducting the performance for the first time and that will bring another dimension, as will the talents of Con anima.

“St Machar’s Cathedral is an exceptional venue and its acoustic properties are second to none. I hope people will enjoy sharing in this reflection of peace.”

Davies - who has a successful track record in writing for distinguished composers - provided the words and Professor Mealor set them to music.

The performance begins at 7.30pm. Tickets are £12 and can be purchased from www.aberdeenperformingarts.com