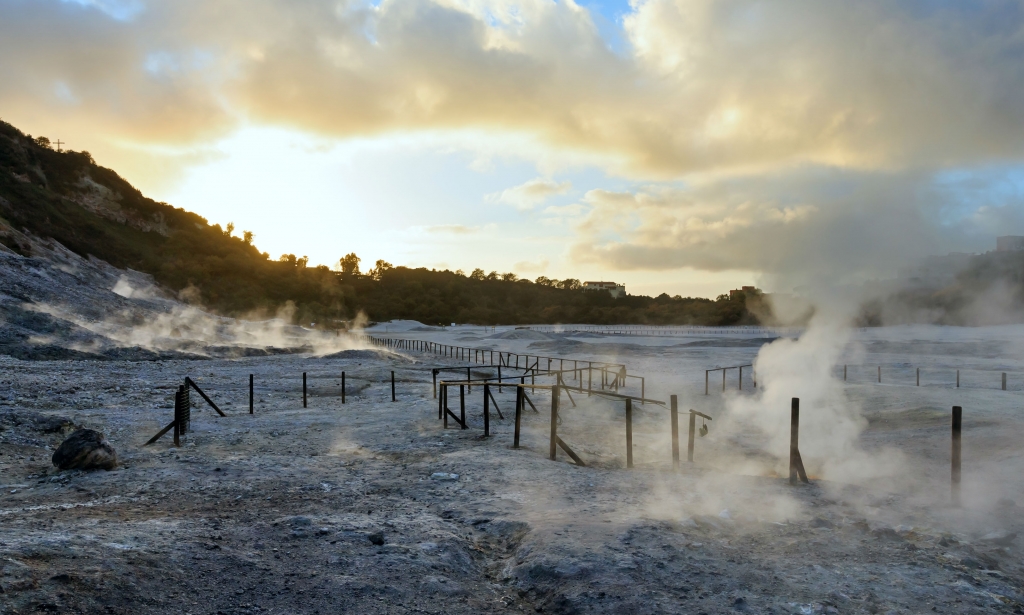 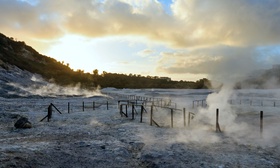 Solfatara is a shallow volcanic crater located at the centre of Campi Flegrei, where volcanic material is emitted through steaming vents.