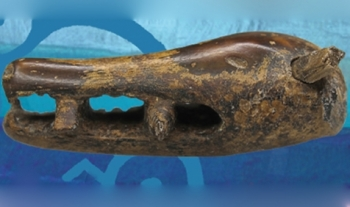 Nunalleq: The Yupiit and the Arctic World 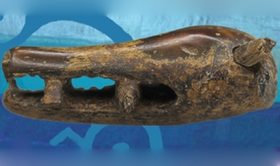 Exhibition extended until 20 December 2013 due popular demand. Showcasing recent archaeological discoveries from western Alaska, excavated by a team from the University of Aberdeen in partnership with the Yup'ik Eskimo village of Quinhagak now on display, in the Old Aberdeen Town House.

The exhibition explores the relationship between Eskimo/Inuit peoples and the Arctic environment through the lens of material culture, with finds from the recent archaeological excavation displayed alongside objects from the University of Aberdeen Museums’ Arctic collections. The finds from Alaska appear with the permission of the owners, Qanirtuuq, Inc, of Quinhagak, Alaska

‘Nunalleq’, meaning ‘the old village’ in Yup’ik, is a winter village site dating from 1350-1650AD. The permafrost has preserved tens of thousands of rarely seen artefacts from wood and other organic materials, and the collections ranks as one the largest and best-preserved ever recovered from the north. The research is a race against time as rising sea levels and melting permafrost are eroding the site at a catastrophic rate.