Can learning in Scots improve attainment? 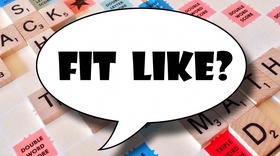 Study explores whether learning in Scots can improve attainment

An Aberdeenshire school has teamed up with the University of Aberdeen to investigate whether learning in Scots can help pupils to excel across the curriculum.

Banff Academy is working with the University’s Elphinstone Institute to examine whether studying towards the Scots Language Award – a national qualification which provides opportunities for learners to study the history and development of the Scots language – has a beneficial effect on attainment.

The project, funded by a grant from the British Education Research Association, is led by the University’s Claire Needler and humanities teacher Dr Jamie Fairbairn.

Claire, who is working towards a doctorate in Ethnology, is researching contemporary use of Scots, especially amongst young people. She is working with schools and community groups in the north of Aberdeenshire, asking people about their attitudes towards Scots and how, when and where they use it in their everyday lives.

She said: “I am particularly interested in how speaking Scots can contribute to a sense of place, belonging and community. More than 50% of people in Aberdeenshire identify as Scots or Doric speakers, with even higher numbers in our northern coastal communities. Working in partnership with pupils from Banff Academy has shown me that Scots is very much a living language that is used every day.

“Jamie Fairbairn has a real passion for the Scots language and has been teaching the Scots Language Award for a number of years.

“He has observed that for many of the pupils, having an opportunity to engage with and to write in the language of their homes can help them to excel. It can provide a real boost in confidence which reaps rewards not only in this area but right across the curriculum.

“However, this is purely anecdotal and we wanted to investigate it in a more robust way.”

Dr Fairbairn added: “Since we introduced the Scots Language Award in 2014 it has been enthusiastically received by many of our pupils.

“Many of our students come from Doric speaking families and have grown up using the Scots language however many have never had an opportunity to write in it or to use it in a more academic way.

“For some, it has had a quite transformative effect. They can see that this is a subject in which they can really shine and, particularly for those who may have struggled in some other areas, it can boost their self-esteem which in turn has an impact on their wider achievement in school.

“Doric is a wonderfully expressive dialect in which to write and the pupils have really engaged with it.”

Cllr Gillian Owen, Aberdeenshire Council’s Education and Children’s Services Committee chair, said: “It is very pleasing to see Aberdeenshire’s rich cultural heritage being used to educate, inspire and excite young people as well as giving them the opportunity to learn about their mother tongue. I am also delighted to see Banff Academy working in partnership with the University of Aberdeen. It is great to see schools and universities working together. I hope that the young people involved in the project really enjoy it and the initiative helps future generations to see the important role Aberdeenshire has played in shaping Scotland’s culture and history.”

The students will complete the course as normal but will provide feedback to allow University academics to evaluate its impact across a broader spectrum.

Claire added: “Doric, or North-East Scots, is a regional dialect of the Scots language, one of three indigenous languages in Scotland, alongside English and Gaelic. Scots speakers are actually bilingual, and this is an additional language skill that many pupils do not even recognise that they have.

“We were delighted that the importance of this project was recognised by BERA in allocating us funding from a UK-wide scheme with just one award available.

“We will be examining all of these factors and collating our findings to help Banff Academy – and other schools teaching the Scots Language Award – to consider its wider benefits.”

Banff Academy will be hosting a week of events to celebrate Scots language starting on Monday November 19. Poet and novelist Matthew Fitt will talk to pupils about his writing and translation. He has recently translated some of the most famous children’s books ever written into Scots.

Later in the week, Alistair Heather, a writer and public engagement officer at the University’s Elphinstone Institute, will inspire pupils to write for publication in Scots. Artist Martin Ayres from Caged Beastie will lead a two day arts workshop exploring what Scots means to pupils. Materials from these workshops will lead to an exhibition later in the year.