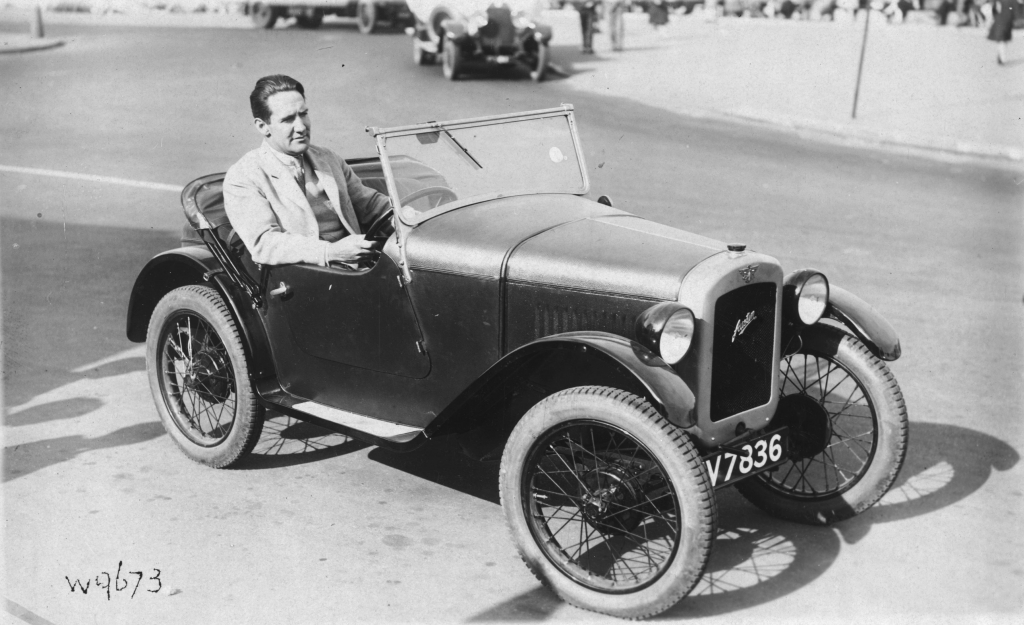 Classic folk collection returns 'back home' to a new audience 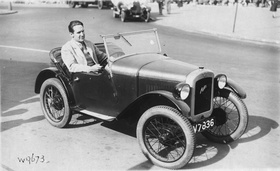 James Madison Carpenter pictured in the car he used to travel around Britain in the early 1930s. This picture was taken in Dundee

A renowned folk collection featuring Doric ballads that has been curated in America for over 90 years has now been brought 'back home' to an online audience, thanks to a project led by the University of Aberdeen.

James Madison Carpenter was a Harvard-trained scholar who collected a wealth of traditional songs, ballads and folk plays from performers in Britain, especially in Scotland, in the 1930s.

Carpenter took his collection back home to America, and in 1972 it was purchased by the Library of Congress in Washington D.C., where it has been preserved and digitised.

Now, thanks to a grant of more than £63,000 from the Arts and Humanities Research Council (AHRC), the collection has been incorporated into the Vaughan Williams Memorial Library’s comprehensive digital archive, an essential folk resource.

Academics from the University’s Elphinstone Institute who have catalogued the collection and are editing it for publication, worked in partnership with the English Folk Dance and Song Society (EFDSS) which runs the archive to get the raw materials up online.

Much of Carpenter’s material was collected in the north-east of Scotland, where he spent time in local communities recording traditional ballads, ‘bothy songs’, sea songs, and more.  They include a number of rarely found items, unusual versions, and previously undocumented melodies, such as the ballads ‘The Wife of Usher’s Well’, ‘The Wylie Wife’ and ‘The White Fisher’.

The distant voices that we can hear on Carpenter's thousand or so cylinder recordings belong to a rich period for folk music in the north-east. " Dr Julia Bishop

Those behind the project to bring the collection online are now inviting people to check whether their ancestors feature in the collection.

Dr Julia Bishop, who led the project, said: “The Carpenter Collection has been away from home for so long. Now it is freely accessibly online we want to return it to the families, communities and places where so much of it originated.

“The distant voices that we can hear on Carpenter’s thousand or so cylinder recordings belong to a rich period for folk music in the north-east.  This is a great opportunity to find their descendants and share this remarkable evidence of their ancestors’ contribution to north-east culture.  Carpenter tells us little about the singers themselves beyond their name and address so we also hope we can learn more about them from their descendants.”

Dr Tom McKean, who worked alongside Dr Bishop as part of the project, added: “It is thanks to the American Folklife Center’s stewardship of these materials - as well as funding from the AHRC and collaboration with the EFDSS - that we have been able to make it freely accessible to all.

“We are currently undertaking a range of events and activities to bring the Carpenter collection to new audiences across the UK, as well as creating new learning resources for schools using a selection of material from the collection.”

Laura Smyth, Director of the Vaughan Williams Memorial Library, said: “We’re incredibly excited to have this collection join our online digital archive. Carpenter was collecting in the early 1930s – a time when very few collectors were out in the field – and so it bridges the gaps in folk research showing how the songs have developed, changed, and been passed on through the decades.”