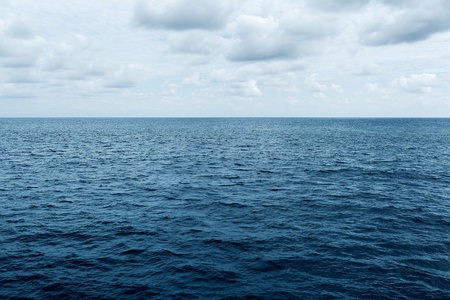 Sub-zero temperatures in the deep waters of the North Atlantic would significantly hamper the ability of oil-eating bacteria to help the ocean recover from a major oil spill, according to new research.

In the first study of its type, scientists at the University of Aberdeen have tested the ability of oil-degrading microorganisms found in deep water sediments west of Shetland, which is home to several major oil fields.

Microorganisms found in the ocean played an important role in breaking up millions of gallons of oil that spilled into the Gulf of Mexico as a result of the Deepwater Horizon disaster in 2010.  The warm waters and abundance of oil-eating bacteria are thought to have significantly aided recovery, however a large amount of oil still reached the seafloor.  Oil accumulating in ocean floor sediments can persist for decades and cause harmful effects.

To better understand the oil-degrading abilities of microorganisms in colder waters, scientists analysed samples from west of Shetland and found that degradation was considerably lower at temperatures of 0 °C - similar to those experienced in the deep waters of the North Atlantic and Arctic - than at 5 °C such as those in the Gulf of Mexico.

Results also show that the application of dispersant – a common technique used to help clear major spills - had variable effects, suggesting care should be taken when deciding whether to apply these chemicals as part of an oil spill response.

Overall, the study has provided evidence that the environmental consequences of a major spill in colder waters would last far longer than other deep water drilling environments.

Professor Ursula Witte is the senior author of the study, co-authored by Professor Jim Anderson, Evangelia Gontikaki and Dr Robert Ferguson, who is now at the University of Essex.  The study has been published in Scientific Reports.

“Understanding the environmental implications of an oil spill in the cold and deep ocean is therefore urgent to improve our response to a potential spill.

“This study is the first to confirm that hydrocarbon degradation in sediments at 0 °C is significantly slower than at 5 °C.

“The fact that certain hydrocarbons we tested did not show any detectable levels of degradation at 0 °C suggests that the impact of oil contamination at near zero or sub-zero temperatures would have a severe long term impact on the marine environment.”

Dr Ferguson added: "The results also show that we do not fully understand the consequences of using dispersants in the cold or deep ocean. Careful consideration is needed before this is adopted as a strategy for cleaning up an oil spill in the deep sea.”