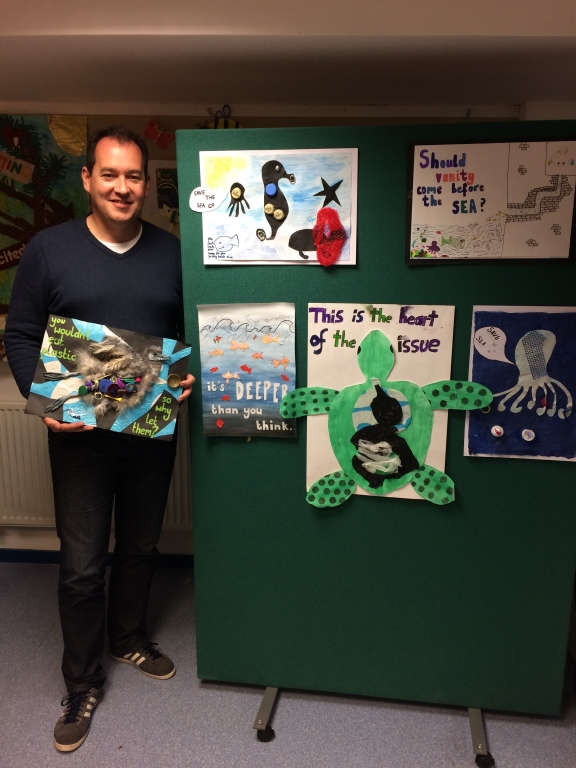 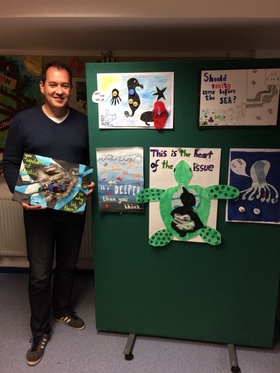 Youngsters from across Scotland have taken part in the 10th annual poster competition organised by the Aberdeen Biodiversity Centre at the University of Aberdeen.

Primary and secondary school pupils were all given the same theme – the threats facing Scotland’s marine environment – and were challenged to channel their ‘inner artists’ to show their interpretation of the topic through art.

The centre received entries from 12 local primary schools and 16 secondary schools from across the country including Orkney, Edinburgh and Fife. The competition was judged by Professor David Lusseau from the University’s School of Biological Sciences, Marine Biologist Dr Lauren Smith and Sandra Bisset, an Environmental Educator.

After the difficult task of judging all the pieces of art, the panel declared St Peters RC Primary School and Aboyne Academy the winners.

Professor Lusseau said: “I was amazed by the quality and inventiveness of the posters, both for the primary and secondary school competitions. I want to congratulate all the classes that took part for their efforts and for being such great champions for our seas. All posters were different, some took really artistic ways to convey information about the ways to look after our seas, while others really provided details facts about what anyone can do to improve our environment.

I want to congratulate all the classes that took part for their efforts and for being such great champions for our seas." Professor David Lusseau

“The choice was very difficult, I had many favourites but, after much deliberation, we finally settled on the winners for their wow factors and how well they grab attention and gave a clear message: anyone can help look better our seas!”

Ms Bisset added: “The judging was very difficult, the schools had clearly put in a lot of work, researching the topic and getting arty with all things marine. The winning poster gave a very strong message about the issues affecting our seas”

The winning primary school will receive a wildlife pack to help encourage and monitor biodiversity within their schools grounds, as well as also holding the prestigious Aberdeen Biodiversity Centre Primary Competition Shield for the upcoming year.

For winning the secondary school category, Aboyne Academy will receive a camera trap to help the pupils monitor the biodiversity that visits their local outdoor space, and will hold the prestigious Aberdeen Biodiversity Centre Secondary competition shield for the upcoming year.

A selection of the winning posters will be on display at the University  of Aberdeen’s May Festival, in the James McKay hall. The festival takes place from May 26-28.