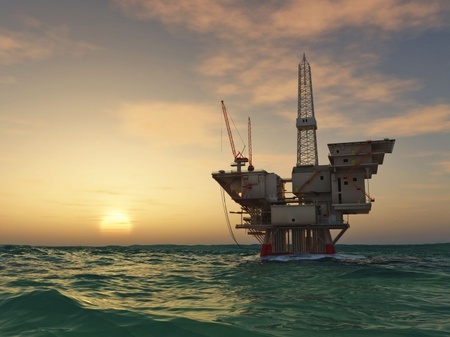 A geological analysis of the Rockall area of the North Atlantic has revealed previously unknown insights that could lead to new oil and gas discoveries in the UK Continental Shelf (UKCS).

By studying the latest seismic data supplied by the Oil and Gas Authority (OGA) and employing lessons learned elsewhere in the UKCS, geologists from the University of Aberdeen have gained a clearer understanding of the Rockall Basin and identified potential areas for future exploration activity.

Previous attempts to find hydrocarbons in Rockall have been largely unsuccessful, with only one gas discovery out of 12 wells drilled.

Those behind the study believe that misconceptions regarding the character of the Basin - as well as challenging weather conditions and a lack of supporting infrastructure due to its remoteness - have hampered these exploration efforts.

Dr Nick Schofield from the University’s Department of Geology and Petroleum Geology led the analysis, which has been funded by a £250,000 award from the Oil and Gas Authority (OGA) as part of its Frontier Basins Research effort to boost future exploration in the UKCS.

Dr Schofield said: “The Rockall Basin is one of the most challenging environments on Earth when it comes to hydrocarbon exploration, but our analysis has revealed that one of the barriers to success may have been a misunderstanding of the subsurface geology.

“By analysing seismic data provided by the OGA and Petroleum Geo-Services (PGS), and using what we have learned through our work in the Faroe-Shetland Basin, we found that the character of areas where operators hoped to find oil may have been misleading.”

Dr Schofield explained that one  issue is the previous targeting  of so-called ‘bumps’ in the sub-surface, commonly referred to in the industry as a ‘four-way closure’, where it is hoped oil has been trapped.

“In the case of Rockall, these bumps, in many cases, appear to have actually been caused by volcanic intrusions in the sub-surface,” he said.

“We believe that the oil and gas is more likely to have migrated to the outer fringes of Rockall instead, away from these previous exploration targets.”

The study has identified the eastern edge of the Basin against the Outer Hebrides Shelf as an area of interest for future exploration activity.

Looking ahead, Dr Schofield said that work will continue to gain an understanding of the area’s potential, using innovative techniques that complement the valuable seismic data provided by the OGA and companies such as PGS, GeoPartners Ltd and Spectrum Geo.

“This analysis is very much a starter for ten in terms of our work to gain a clearer understanding of what’s going on in Rockall, and we are using a variety of methods to build on what we have discovered so far,” he said.

“We have also collected data from an aerial drone we have used to map outcrops, for example Kilt Rock on the Isle of Skye, where the rock structure is similar to what you would find in the subsurface and helps us visualise what we can’t see.

“What we are ultimately working towards is the most detailed geological understanding for Rockall which will be made freely available to industry as part of efforts to maximise economic recovery in the UKCS.”

Nick Richardson, OGA Head of Exploration and New Ventures, said: “The seismic acquisition programme and subsequent work by Aberdeen and Heriot Watt Universities are an important part of our strategy to revitalise exploration.

“The findings of Dr Schofield’s paper demonstrate the value in applying the latest geological knowledge and understanding to seismic data to increase industry’s awareness of the opportunities that still exist in frontier areas.”