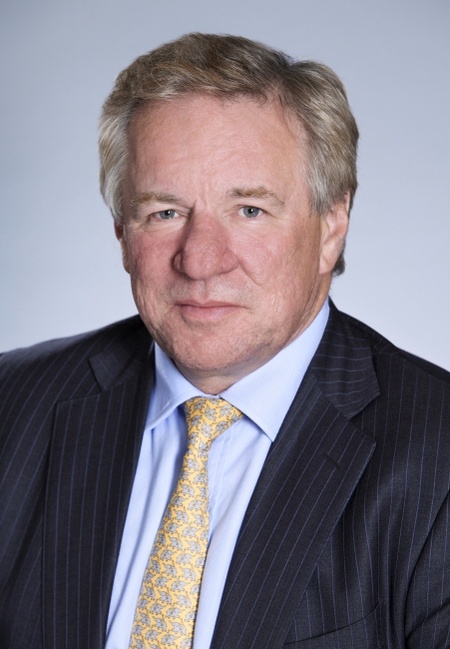 The University of Aberdeen is pleased to announce the appointment of Martin Gilbert as Senior Governor to lead its governing body, the University Court.

Martin is a graduate of the University of Aberdeen and has become one of the UK’s most prominent business leaders.  He co-founded Aberdeen Asset Management which has grown to be one of the world’s leading fund management groups and has established a successful non-executive career within the public and private sectors.   Martin was previously Chairman of FirstGroup, the FTSE250 listed transport services company, and has been Deputy Chairman of Sky plc since 2011.  Alongside these commercial roles, Martin has undertaken non-executive roles within government at home and abroad and has recently become a Patron of the Aberdeen Law Project, a student-founded and operated not-for-profit project that uses student volunteers to widen access to the legal system.

Professor Sir Ian Diamond, Principal & Vice-Chancellor, welcomed Martin to the University saying, “The role of Senior Governor is critically important, all the more so given the increasingly competitive world of higher education. That is why I am delighted that the Court in selecting Martin has appointed someone who is hugely experienced and internationally successful. I very much look forward to working with Martin as we take forward our ambitious plans for our University.”

I am honoured that the Court has appointed me to this role. I have always valued the part the University played in my education and it is wonderful to have this opportunity to help it achieve its strategy and its global ambition" Martin Gilbert

Accepting the appointment, Martin Gilbert said,“I am honoured that the Court has appointed me to this role. I have always valued the part the University played in my education and it is wonderful to have this opportunity to help it achieve its strategy and its global ambition. The University is one of Scotland’s great institutions and I am passionate about ensuring it continues to thrive and extending its reputation as a university that is competing with the very best in the world.”

Commenting on the appointment Mr James Hall, Convener of the Appointment Committee said “Our recruitment campaign attracted a large field of distinguished applicants and we are delighted that Martin has accepted the role.  He brings a wealth of experience and expertise from both the public and private sectors which will be of enormous benefit to the University and to the work of our Court”.

The appointment is for a 3 year term of office with effect from 1 January 2017.

Martin succeeds Sir Moir Lockhead, who retired from the role at the end of December having made a valuable contribution to the life, work and governance of the University for 14 years.