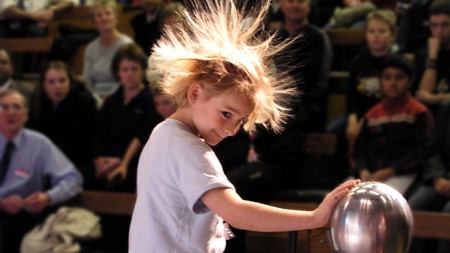 The University of Aberdeen has led a successful European funding bid to host Scotland's European Researchers Night until 2018.

Entitled EXPLORATHON, the project will build on the success of a University-led consortium first established two years ago to deliver Scotland’s first European Researchers’ Nights.

EXPLORATHON will bring together researchers, school pupils and the public across the country on the last Friday of September to celebrate and showcase the best innovation and development taking place in Scottish universities. The wider European Night network will simultaneously be active in over 300 cities across the continent, involving 1.5 Million participants.

Partners on the Scotland project are the Universities of Glasgow, Strathclyde and St Andrews and the Beltane Network comprising the University of Edinburgh, Queen Margaret University, Napier University and Herriot Watt University.

University Principal Professor Sir Ian Diamond said “We’re delighted that Aberdeen has once again demonstrated its leadership in public engagement by securing the European Researchers’ Night project across Scotland. European funding and networking is tremendously important and I am confident colleagues will engage enthusiastically with the Researchers’ Nights being planned.”

Each night represents Scotland's largest research-led public engagement event and provides an exciting and recognised high profile opportunity for our staff and students to share and showcase their work..." Dr Ken Skeldon

The bid was coordinated by the University of Aberdeen’s Public Engagement with Research Unit and will build on the 17,500 strong public and schools audience that have engaged with EXPLORATHON so far.  Over 800 researchers have been involved as well as dozens of cultural and third sector partner organisations through the delivery of the events.

Dr Kenneth Skeldon, Head of Public Engagement at the University and Principal Investigator on the project said “We are delighted to be part of the European Researcher’s Night initiative once more. Each night represents Scotland’s largest research-led public engagement event and provides an exciting and recognised high profile opportunity for our staff and students to share and showcase their work while gaining valuable experience and skills in the process.”

The European Researchers’ Night initiative is supported by the Marie Skłodowska-Curie ‘Actions within the EU Horizon 2020’ programme and is aimed at highlighting the importance, relevance and impact of research in the eyes of stakeholders, schools and the general public. It also aims to stimulate young people to consider career paths that could lead to research and innovation-based roles.

EXPLORATHON will take place on 30 September 2016 and 29 September 2017. Aberdeen partners include Union Square, Aberdeen Museums, Aberdeen Science Centre, Underdog, Waterstones and the Belmont Cinema.  Glasgow, Edinburgh and St Andrews will have simultaneous running through the evening.

The call for proposals for the 2016 Night is now open, and more information about the EXPLORATHON nights will be available as the programme takes shape.  University of Aberdeen staff and students interested in taking part should contact the Public Engagement with Research Unit on peru@abdn.ac.uk with their suggestions and ideas. Twitter users can also keep up to date by following @ERN_SCOT.