University of Aberdeen collaboration receives £2.1M for aquaculture research
27 May 2016 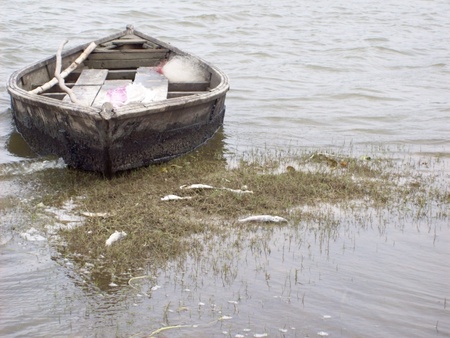 The University of Aberdeen has joined a consortium made up of nine research institutes and universities from the UK, India and Bangladesh, to develop a holistic understanding of the role of the environment in controlling disease risk in fish and crustacean aquaculture.

The consortium is funded through the Newton Fund though the Global Research Partnership Aquaculture call.

Infectious disease outbreaks represent a key limitation to the necessary sustainable expansion of the aquaculture industry to meet the challenges of Global Food Security and poverty alleviation.

For example, around 100 species of fish are known to be affected by epizootic ulcerative syndrome (EUS) which is caused by the pathogenic oomycete Aphanomyces invadans which arefungal-like organisms that can infect plants, algae, and animals.

In 1988–89 Bangladesh suffered a revenue loss of $4.8M due to EUS. While global losses to White Spot Syndrome Virus (WSSV), the causative agent of white spot disease (WSD) in shrimp and other crustaceans, have been estimated to cost between $8-15BN.

Professor Pieter van West, Director of the International Centre for Aquaculture Research and Development at the University of Aberdeen, said: “This is a very important award that will give us much needed information about EUS. As far as we know, this disease has not reached European aquaculture, but it is a disease we should be very vigilant about because we cannot control it at the moment.”

As far as we know, this disease has not reached European aquaculture, but it is a disease we should be very vigilant about because we cannot control it at the moment." Professor Pieter van West

Dr Chris Hauton, Associate Professor at the University of Southampton and Principal Investigator on the project commented: “Currently there is no effective means of controlling this globally significant pathogen. Our current best option is to understand how the environmental controls disease progression in shrimp ponds, as a means to reduce the risk of infectious outbreak. This knowledge, incorporated into disseminated guidelines for Best Management Practice, will allow for the development of novel intervention strategies to be implemented in the future.”

The consortium will quantify the role of physical pond conditions in controlling infection outcomes for the two socioeconomically devastating pathogens of decapod crustaceans (such as tiger shrimp) and freshwater and brackish water fish in Asian aquaculture.

Researchers will work with farmers in India and Bangladesh to identify existing best practice to formulate new guidelines to disseminate throughout farming communities across Asia. The team will also develop new understanding of the host pathogen interaction for both diseases, with the intention of developing future novel intervention methods with which to tackle infection.

The consortium, which is jointly led by the Central Institute of Brackishwater Aquaculture (India) and the University of Southampton (UK) has been funded through the Global Research Partnership Aquaculture, representing the Department of Biotechnology (DBT) India, the UK Biotechnology and Biological Sciences and the Economic and Social Research Councils (BBSRC and ESRC), the Newton-Bhabha Fund and UKAid.