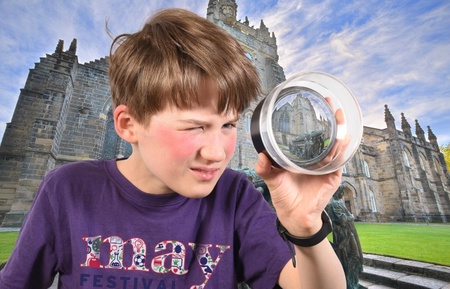 An Aberdeen festival will showcase the best of poetry and prose through its popular literary strand.

The University of Aberdeen’s May Festival is now in its fourth year but has a literary tradition stretching back much further as it built upon the success of the Word Festival, which ran in the city for more than a decade.

Running from May 27 to 29, it will see talented writers including Leila Aboulela, Paul Burston, Claire Keegan, Sinead Morrisey and Esther Woolfson take to the stage.

Leila Aboulela, who grew up in Khartoum and now lives in Aberdeen is the winner of the Caine Prize for African writing and her novels include The Translator shortlisted for the Saltire Award and Lyrics Alley, Fiction Winner of the Scottish Book Awards.

Paul Burston is an author, journalist and founder of the award-winning LGBT literary salon, Polari while Claire Keegan is one of the finest short story writers at work today, with a worldwide reputation based on her two collections Antarctica and Walk the Blue Fields.

Sinead Morrissey has published five collections, the latest of which, Parallax, won the Irish Times Poetry Now Award and the T S Eliot Prize. Esther Woolfson is author of both fiction and non-fiction from Corvus (2008) to Field Notes of a Hidden City (2013).

The Word strand, made up of 35 events, will also showcase the talents of staff, students and alumni of the University of Aberdeen where the department for creative writing has recently been ranked as the best in Scotland by Times Higher.

Among the highlights will be Kirstin Innes, a writer and journalist who studied creative writing at the University, whose debut novel Fishnet won the Guardian Not-the-Booker Prize in 2015.

We look forward to welcoming some remarkable writers to our campus and showcasing the talents of our home grown authors and poets." Dr Helen Lynch

The May Festival will also see the launch of The Aberdeen Collection Showcase introducing Aberdeen University Press’s forthcoming book of more than 200 contemporary Scottish tunes in a traditional style and the winner of the annual Toulmin Prize for Doric writing will be announced.

Dr Helen Lynch, director of the Word strand at May festival, said: “Literature has always been an integral part of the May Festival and this year is no exception.

“We look forward to welcoming some remarkable writers to our campus and showcasing the talents of our home grown authors and poets.

“Creative writing at the University is very strong and this was recognised by our recent Times Higher ranking as number one in Scotland for the discipline.

“The Word strand at May Festival has something to offer for all tastes and interests.”

The Word strand at May Festival is part-supported by Creative Scotland. Many events at the May Festival are free of charge or low cost. Tickets can be reserved by visiting www.abdn.ac.uk/mayfestival