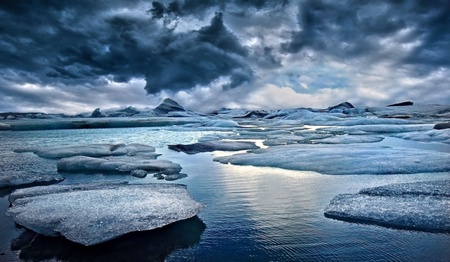 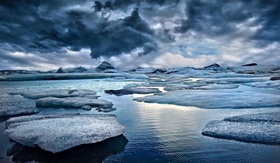 Scientists have long debated where historic levels of lead pollution in Greenland originated from, with some believing a European source and others arguing that it came from North America.

Scientists from the University of Aberdeen have provided the strongest evidence yet of the origin of atmospheric lead pollution in Greenland, after studying a peat bog on the southern tip of the island.

The origin of historic levels of lead pollution in the country has long been a subject of scientific debate, with some believing a European source and others arguing that it came from North America.

However, geochemical analysis of core samples from the bog at Sandhavn, near Cape Farewell in southern Greenland, has now revealed the pollution is most likely to have come from North America and not Europe.

In providing the most compelling evidence yet for a North American origin, the research helps inform present day understanding of atmospheric pollution by providing an indication of how emissions originating from the source continent behave while in the Earth’s atmosphere.

Dr Tim Mighall from the University’s School of Geosciences was involved in the study with fellow Aberdeen academics Professor Kevin Edwards and Dr Ed Schofield, as well as scientists from the University of Santiago de Compostela in Spain.

The study was undertaken as part of a project funded by the Leverhulme Trust investigating human-environment interactions in the North Atlantic.

Dr Mighall said: “Using core samples taken from the peat bog we discovered a strong lead pollution signal starting in the mid-1800s and peaking in the 1970s, before dropping suddenly to previous levels.”

In many ways this peat bog is like a time machine, and by studying samples throughout the bog we managed to establish environmental baselines that told us how much lead was naturally present at the site, and how much was man-made" Dr Tim Mighall

“There is a strong correspondence between the timing of our record and the peak years of the industrial revolution in North America through to the phasing out of leaded petrol from the mid-1970s onwards, but even more compelling was the level of long-distance transported Ambrosia pollen that our research team found was coming into the site at the same time.

“Ambrosia is a plant that is not native to Greenland. It was introduced to Europe around the 1920s, but has been a common weed over cultivated land in North America since at least the 19th century.”

As well as providing evidence of how emissions from North America travel in the atmosphere, Dr Mighall said that the team’s research established crucial natural environmental baselines for the amount of lead found naturally in Greenland, and provided a valuable insight into the ability of ecosystems to recover from sustained atmospheric pollution.

Dr Mighall explained: “In many ways this peat bog is like a time machine, and by studying samples throughout the bog as it grows we managed to establish environmental baselines that told us how much lead was naturally present at the site, and how much was man-made.

“By studying the peat samples we could see how the phasing out of leaded petrol in the mid to late 1970s has had a dramatic effect on pollution levels at the site, which returned to normal relatively quickly after leaded petrol was phased out.

“This has implications for ecosystem services and ecosystem recovery, because it helps to demonstrate how long it takes for environments to recover from this type of atmospheric pollution.”