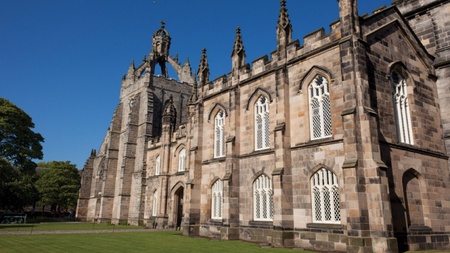 This weekend sees The University of Aberdeen host the first of two exciting festivals, both dedicated to exploring different aspects of arts, humanities and social science.

The Festival of Social Science runs from November 7 -14, with a fascinating and diverse range of events held in various venues across the city and shire.

The programme kicks off with Professor Debra Gimlin, Head of School of Social Science,  discussing breast augmentation surgery and in particular, examining the issue of women who want breasts that look ‘obviously augmented’ or false.

On Tuesday November 10, Dr Leanne Townsend, Research Fellow in the School of Social Science will discuss social media in Social Media: Who are we talking to? Specifically, Dr Townsend will consider how our words are interpreted and who our audiences are on social media platforms.

The popular café series will be represented in the programme with a Café Conversation, where the focus will be on recent archaeological work at Bennachie, and a Café Med special that will consider the development of British Sign Language signs for scientific disciplines.

Other festival highlights include a talk on citizen-led political transformations in Arab countries, a chance to hear about the latest research on energy and politics, and a discussion on how the First World War changed public attitudes to women and medicine.

The festival concludes with a conference on the local and global lessons of the LGBT movement. A variety of different speakers will reflect on the movement in Aberdeen as well as where things stand just now. Global lessons will also be considered by researchers from the University of Aberdeen who are working on different cultures.

The Being Human festival of humanities returns to Aberdeen from November 12-22 and explores what it means to be human in a variety of different events, talks, walks and debates.

The headline event for Being Human sees Terry Waite OBE discuss what it meant to ‘be human’ in captivity. Terry Waite spent almost five years in total solitary confinement. For much of the time not only was he without companionship but also was denied books and any contact with the outside world. He will discuss how he retained his humanity under such extreme conditions and will also draw some conclusions for living in the so called 'normal' world.

We are committed to making this important research as accessible to as many people as possible through a range of different formats from talks to walk and events and conferences. There really is something for everyone." Chris Croly, Project Officer in the University's Public Engagement with Research Unit

The ever popular Director’s Cut series, will see artist Volker Gerling demonstrate his unique visual art form: Portraits in Motion. Gerling will describe how he walked over 3,000km around Europe, seeking out interesting people with engaging stories to portray, while spending his nights in a tent.

A Café Philosophique special will consider whether women should play football with men and discuss whether current bans on women competing with men in sports are fair.

Other highlights include a roundtable discussion led by Professor Karin Friedrich which will look at how large numbers of East European migrants have changed the dynamics of local communities across the UK, the return of PechaKucha night to Aberdeen with an array of short presentations in this quirky format, and a new exhibition at King’s Museum that explores how humans interact with light.

Chris Croly, Project Officer in the University’s Public Engagement with Research Unit, said: “November is unique in Aberdeen with these two festivals exploring so many different aspects of humanities and creative thinking around the social sciences.

“This year both festivals are bigger than ever before and are held in a wide range of different locations and venues around Aberdeen.

“We are committed to making this important research as accessible to as many people as possible through a range of different formats from talks to walk and events and conferences. There really is something for everyone.”