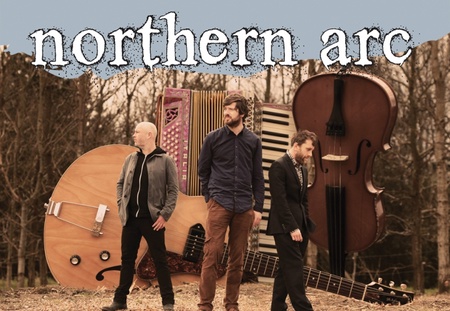 Aberdeen Music Hall will host two exclusive concerts of Scottish traditional music and Americana over the coming months. Under the Northern Arc banner.

Quebec’s Le Vent du Nord knows how to turn the lost past into intense and beautiful performances that push their roots in striking global directions. The group is blazing a path that connects their Québecois roots to the wider world, in both arrangements and on stage.

Duncan Chisholm is one of Scotland’s most recognised and accomplished fiddle players and composers.  Born and brought up near Inverness in the Highlands of Scotland, Duncan has spent most of his life developing his unique musical voice.  Fiddle playing at its best, Duncan’s feather-light handling of dynamics and ornamentation, allied with his pure-distilled tone, lend his characteristic spine-tingling magic to his music.

Ducan will perform on Saturday, 13 February 2016 with Blazing hot Michigan roots ensemble Lindsay Lou & The Flatbellys rest on the cusp of change, poised at that moment where everything shifts into high gear and time rushes forward. The instruments and the bedrock of the band may come from bluegrass, but the music that Lindsay Lou & The Flatbellys present on their new album Ionia can best be described as Americana. This is music that’s caught between the pull of the past and the push of the beckoning future, ready to leap forward bursting with new ideas and youthful energy.