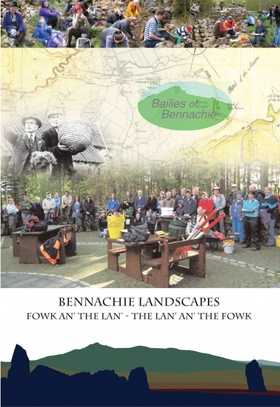 Dr Armstrong was co-investigator on the AHRC-funded Bennachie Landscapes Project, and the following related awards.

Sharing All Our Stories Scotland (2013-14) Co-Investigator (PI Elizabeth Curtis). This AHRC grant of £66,384. focused on public engagement with community groups in Scotland who carry out heritage research.

Bennachie Landscapes: Investigating Communities Past and Present at the Colony Site (2013-14)
Co-Investigator (PI Jeff Oliver). This AHRC development grant of £79,730. expanded the 2012 Bennachie project (below). It was a collaborative effort between the Bailies of Bennachie and the University of Aberdeen to explore the history of the nineteenth-century farming community known as the Bennachie Colony.

Sustainable Community Heritage in Scotland's North East: Bennachie and Beyond (2012) Co-Investigator (PI Gordon Noble). This was an interdisciplinary community-centred AHRC research project  of £25,000. on the past, present and future of one of north-east Scotland's most significant cultural and physical landmarks: the hill of Bennachie and its environs. The project facilitated public engagement with the region's landscape heritage and provided training and development opportunities for community research.