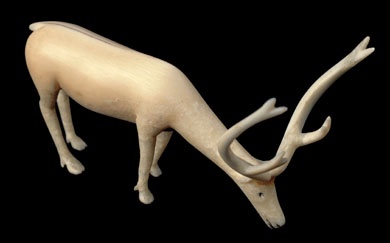 Discussed a joint topic/workshop on Northern Settler Colonialism for Spring 2014 with the Global Empires project (co-ordinated by Andrew Dilley) on 20 February 2013.

All PhD students and a post-doctoral fellow have now commenced work in the programme and were welcomed and introduced to the programme team at a meeting held on 20 February 2013:

Professor David Anderson formally launched the ERC-funded Arctic Domus programme 7 December 2012, and was attended by several members of the Northern Colonialism team.  He  holds a five year ERC grant of 2.5 Million Euros for a project on 'Arctic Domestication’.

Dr Rob Wishart conducted archival research at the British Columbia Provincial Archives in December 2012 on the subjects of fisheries of the northern fur trade and the provision of food by indigenous hunters/fishers to fur trade posts in the nineteenth century. The research was funded by Arctic Domus.

Dr Alison Brown was awarded £1,700. from the Carnegie Trust for the Universities of Scotland and £500 from the Principal’s Excellence Fund for a project entitled, Narrative Objects: The Siberian Summer Festival and Sakha Cultural Revitalization. This grant is to cover travel to Yakutsk in spring 2013 to meet with artists and curatorial staff of the National Arts Museum of the Sakha Republic (Yakutia) to develop an AHRC application to be submitted in the autumn of 2013.

Dr Nancy Wachowich organized/steering committee member for the IPSSAS (International PhD School for the Study of Arctic Societies) May 2013 meetings in Quebec, Canada.

The programme of research will employ postdoctoral research fellow Dr Agusta Edwald who will work alongside the PI to help investigate interactions between different ethnic groups, which settled on the Canadian prairies in the late nineteenth and early twentieth century. A common belief is that these colonial migrant communities were either assimilated into a broader Anglo-Canadian culture or largely resisted assimilation through maintaining their identity. This research begins with the working hypothesis that intercultural relations were creative of altogether more complex outcomes, including entirely novel ways of living, working and thinking. Drawing on an interdisciplinary perspective, this three-year study will examine changing material culture traditions across a range of migrant settlement landscapes. Ultimately the project seeks to understand the nature and uniqueness of local interactions and the consequences these exchanges had for social and cultural change.

Dr Alexander King has embarked on a two year (2012-14) project - Documentation of Koryak ethnopoetics, funded by the Endangered Language Documentation Programme (£129,000.).  Currently on fieldwork in Kamchatka, Siberia, in connection with his research funded by the Endangered Languages Documentation Programme (Hans Rausing), Documentation of Koryak Ethnopoetics: Stories from Speakers of Non-standard Varieties of Koryak and Nymylan Koryak (REF. MDP0268, £128,841). With RAs Valentina Dedyk and Anatoly Sorokin, he will be visiting villages in the far north of Kamchatka for the next two months.