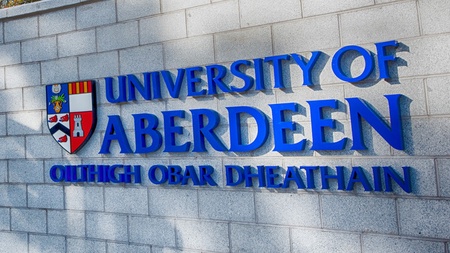 The University of Aberdeen has joined a global consortium of Universities Studying Slavery (USS).

Founded in 2016, USS includes educational institutes around the world which have committed to wrestling with connections to slavery in their institution’s past and to confronting post-emancipation racism.

Those joining the consortium have or hope to have active research agendas addressing their specific relationships to slavery.

In 2020 the University of Aberdeen appointed Dr Richard Anderson, a historian of Africa and the African Diaspora whose work focuses on the connections between abolition and imperialism in West Africa, to research University connections to slavery.

“This aligns to my own work at the University of Aberdeen and I am delighted that the institution is now a member of USS, working with other partners to collaborate on research and learn from one another.

“USS is an important network bringing organisations from across the world together to address the complicated legacies of slavery in the modern world.”

“Commitment to antiracism is integral to our Aberdeen 2040 strategy and its Inclusive theme, currently being steered by the Race Equality Strategy Group (RESG).

“Listening on race issues is vital and we are aware that there is much more to be done.”

Professor Ruth Taylor, co-convener of the University’s Race Equality Strategy Group, added: “Joining the USS consortium will enable us to build on the constructive conversations on decolonisation of the curriculum and launching our Antiracism Strategy, and we look forward to hearing others share their own experiences and best practice.”

The USS hosts semi-annual meetings to discuss strategies and share research. Member institutions are required to commit to sending a representative or representatives to each of the two-yearly meetings. Currently, the organisation has no dues or fees and does not engage in lobbying or policy advocacy.